As a designer of small cabins, I’m often taxed by the need to be very efficient with space, and if the cabin has a loft, I commonly employ an alternating tread stair for access. This unique form of stair is not to be considered as replacement for a normal stair, but rather is ideal in situations where a ladder was being contemplated. It is far safer than a ladder, and can be traversed while carrying luggage or linen, which isn’t easy on a ladder. While it takes a bit more space than ladder, it takes less than half the footprint of a standard stair. 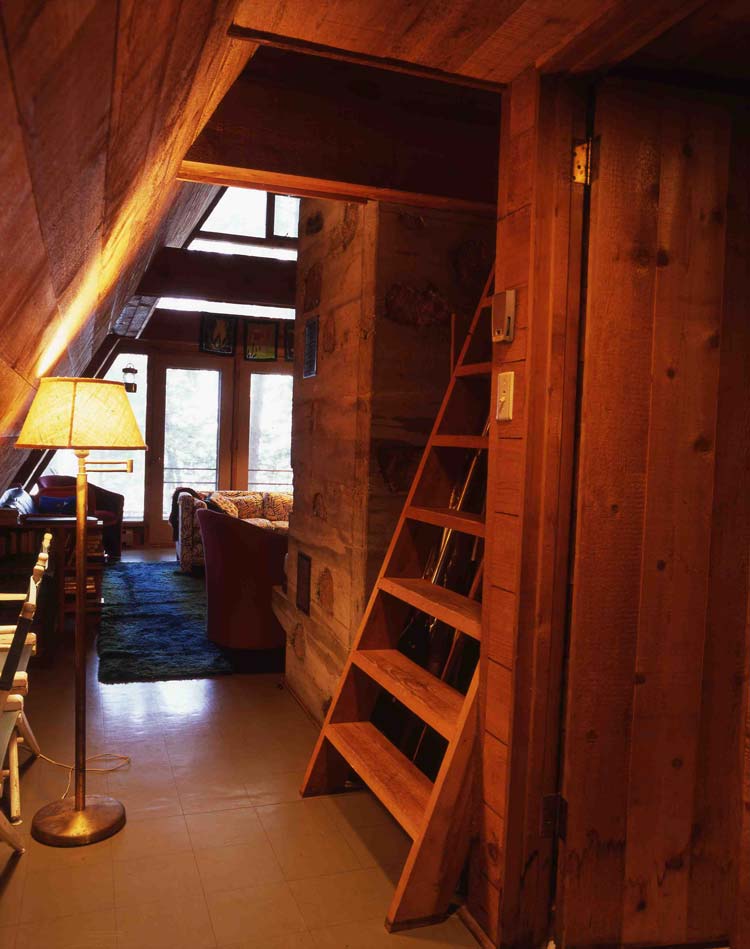 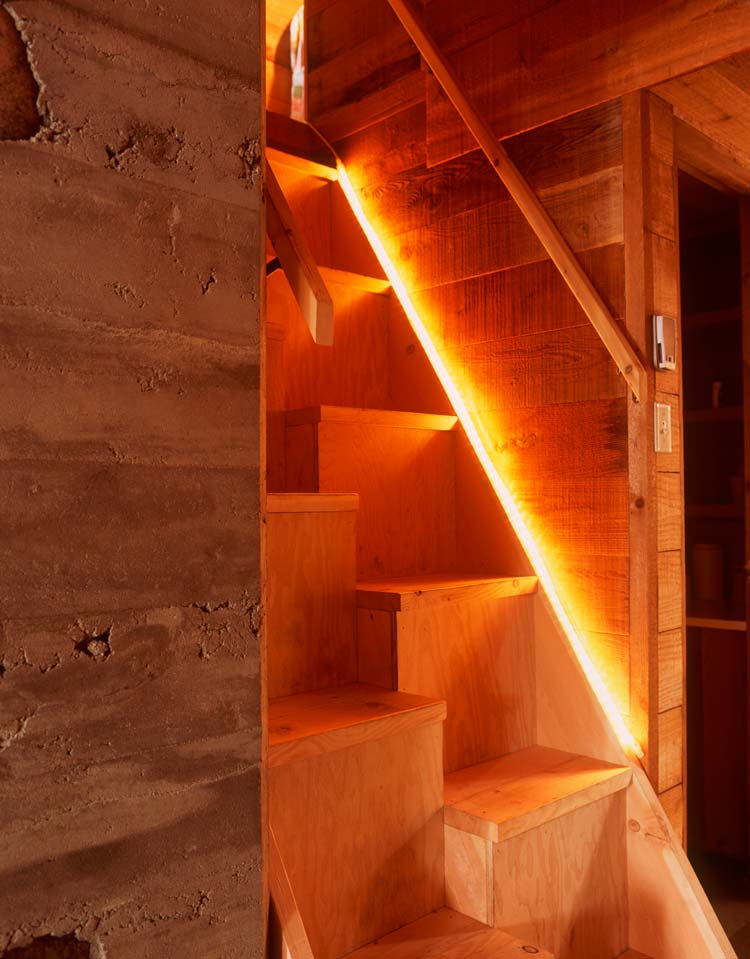 When my clients ask for me to explain how it works, I generally note that when traversing a normal stair, you waste half of it. You step on the first tread with one foot and the next foot skips that tread and goes on to the one above it. An alternating tread stair eliminates the portion of the tread you didn’t use. Where on a normal stair you can choose which foot to begin with, in an alternating tread stair, the stair dictates which foot you must commence with. This is a very safe stair as each tread is large enough for your full foot and the riser can be of a normal height. 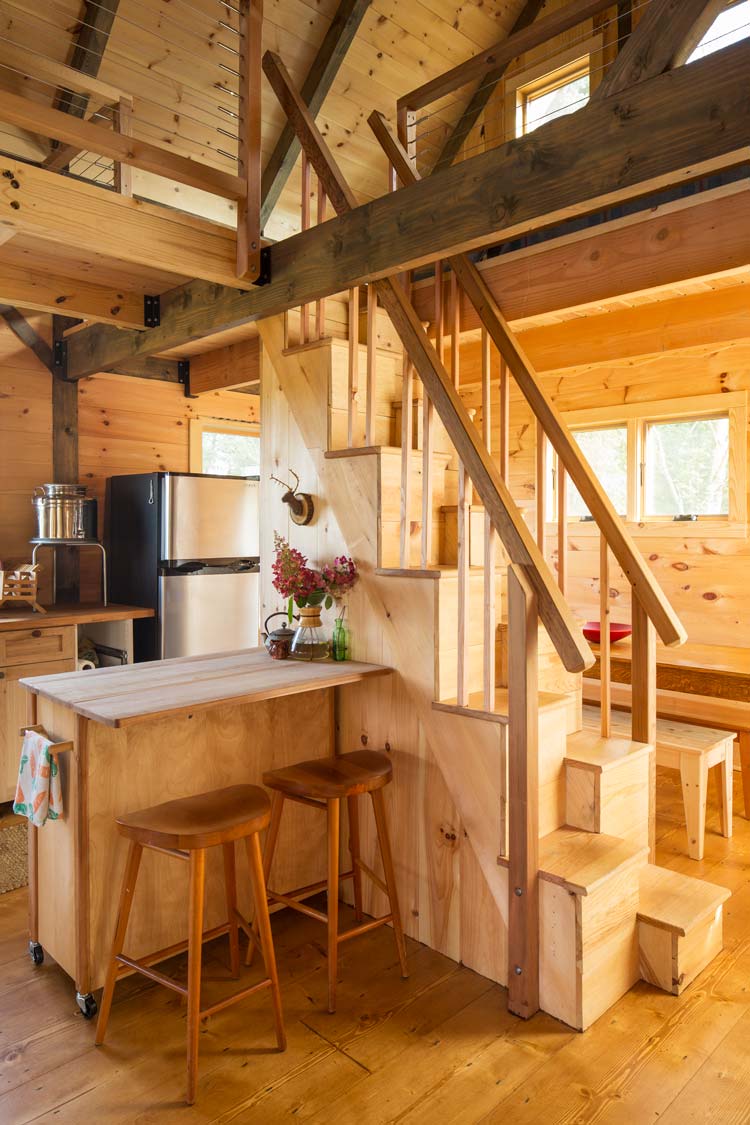 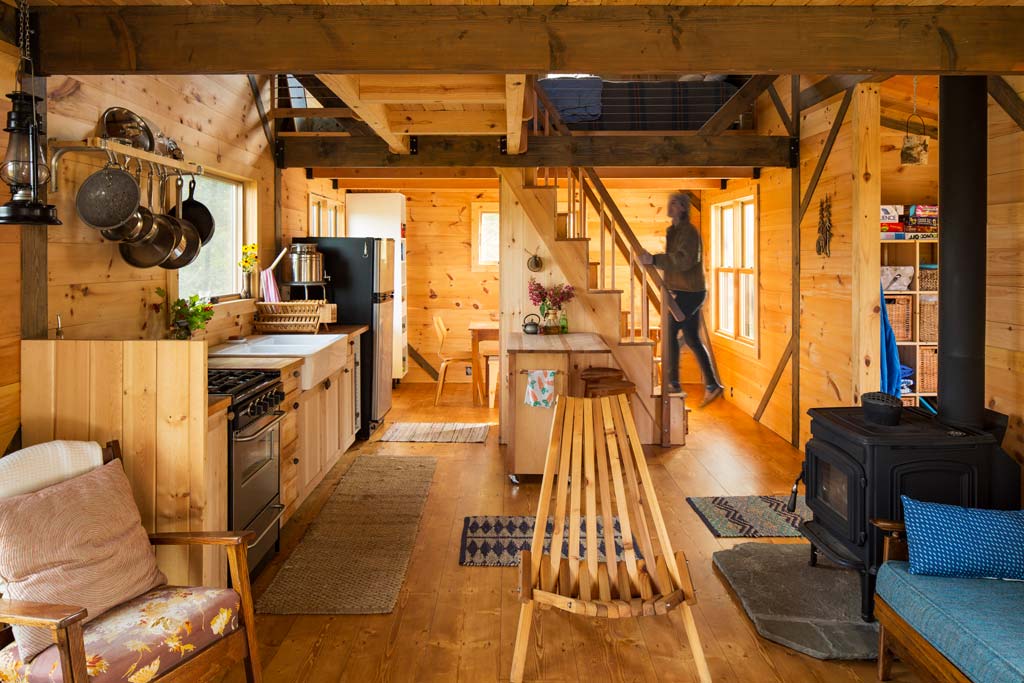 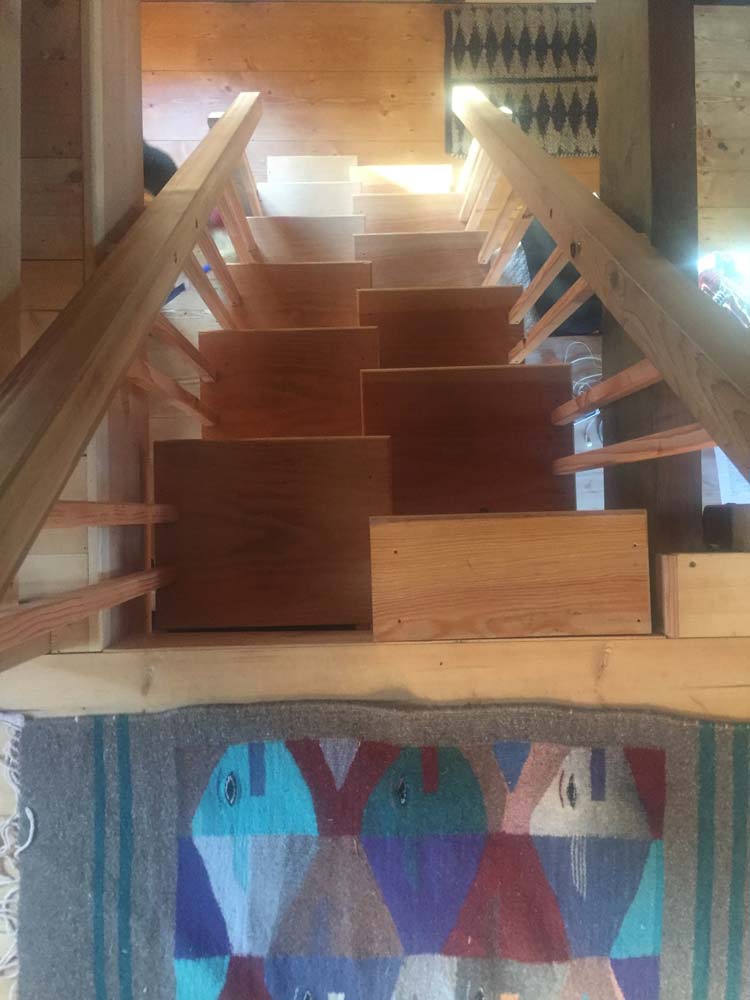 Most residential stairs are at least 3’ wide, and the user gravitates to one side or the other. In an alternating tread stair, the user gravitates to the middle, and as such the stair need only be 27”-30” wide. Although, like with any stair a handrail is preferred, this stair can be ascended or descended without one. 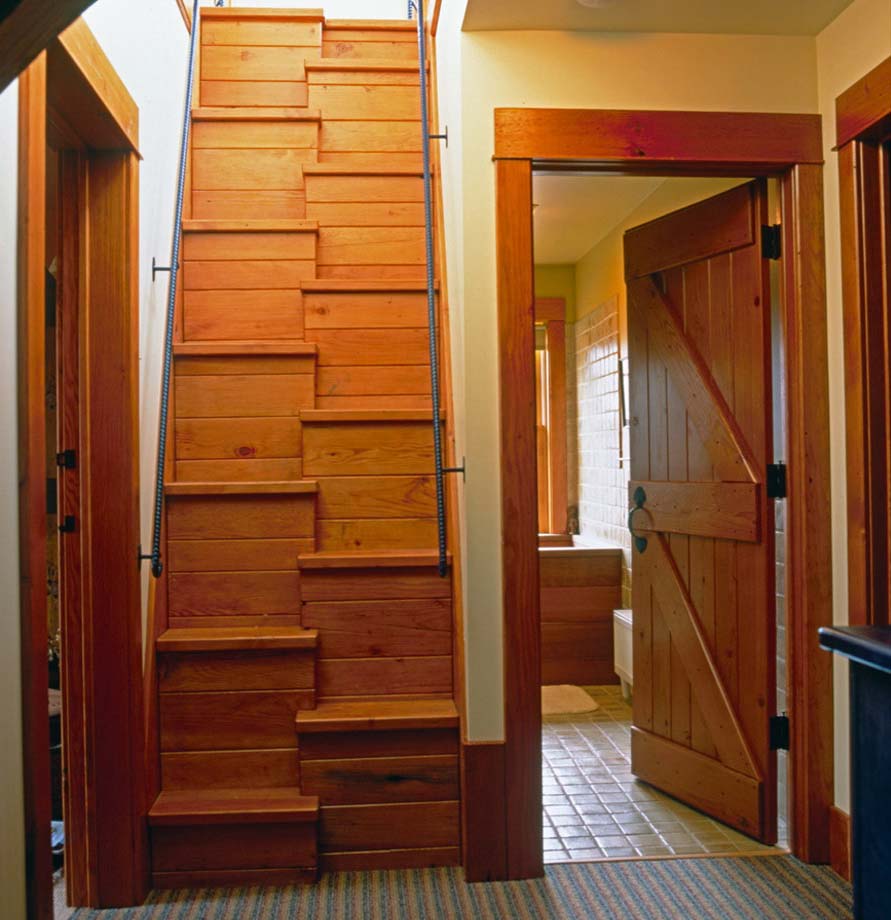 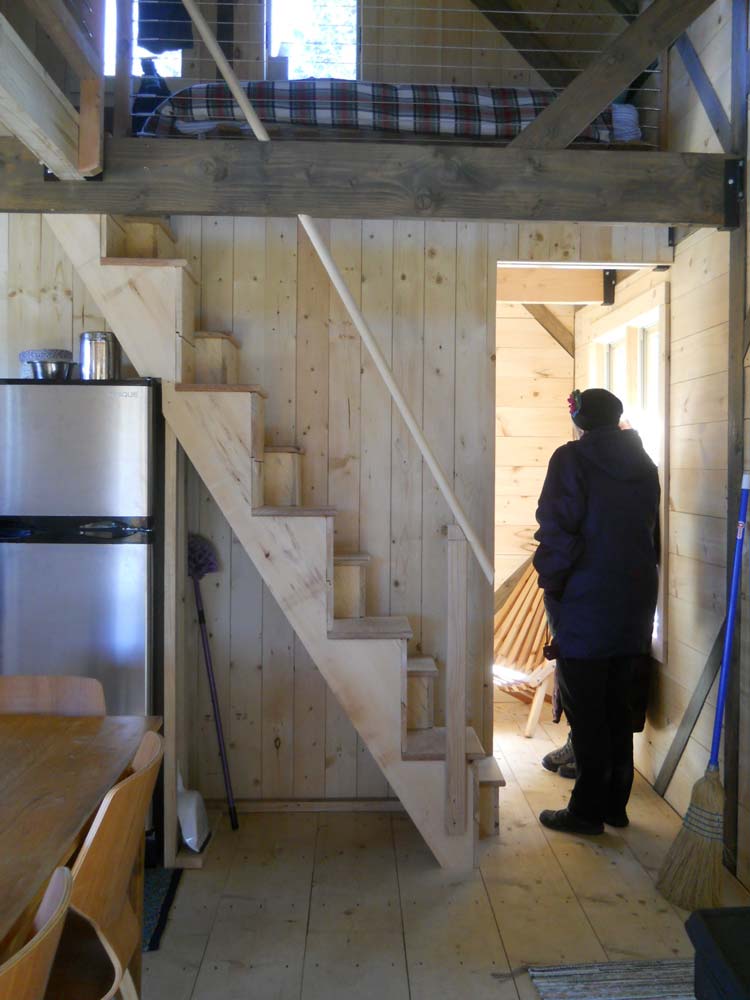 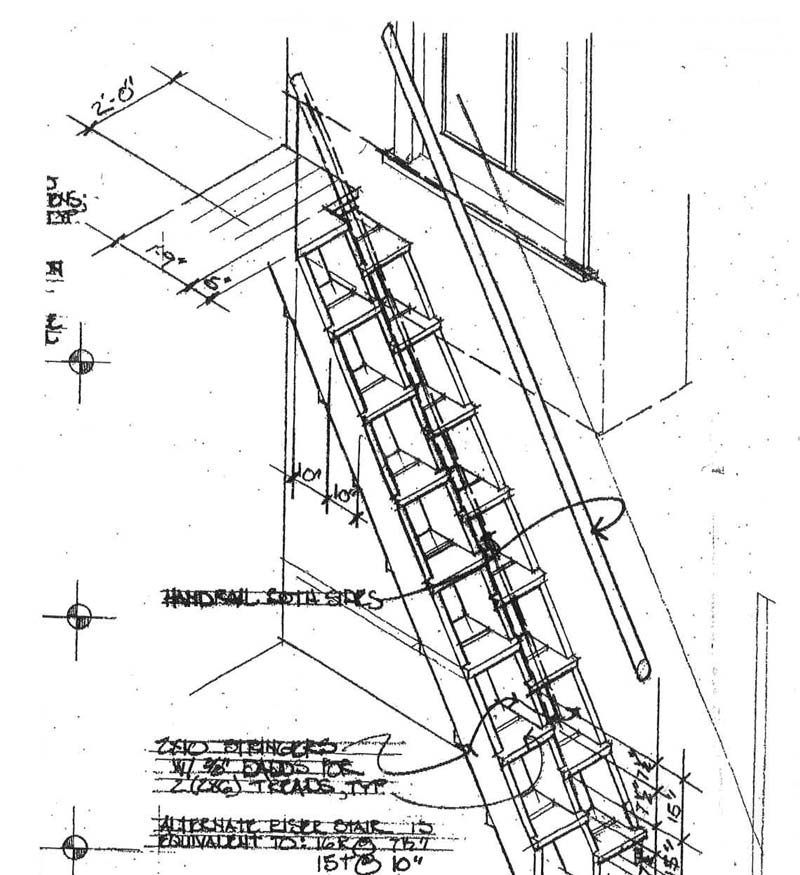 I first encountered this type of stair in an antient dwelling I’d rented in Santorini Greece in 1970. My 18 month old daughter negotiated it safely. And I saw that it was employed in a large housing complex in Paris by the world renowned architect, Le Corbusier. I awaited several years before designing such a stair in a cabin in Wisconsin. There, it became the means to go from a second floor to a roof top deck above. Some years after the structure was completed, I had the joy of testing it on a weekend stay. I found that not only could I carry a tray of gin and tonics up the stair, I could negotiate that same stair after drinking a g&t! 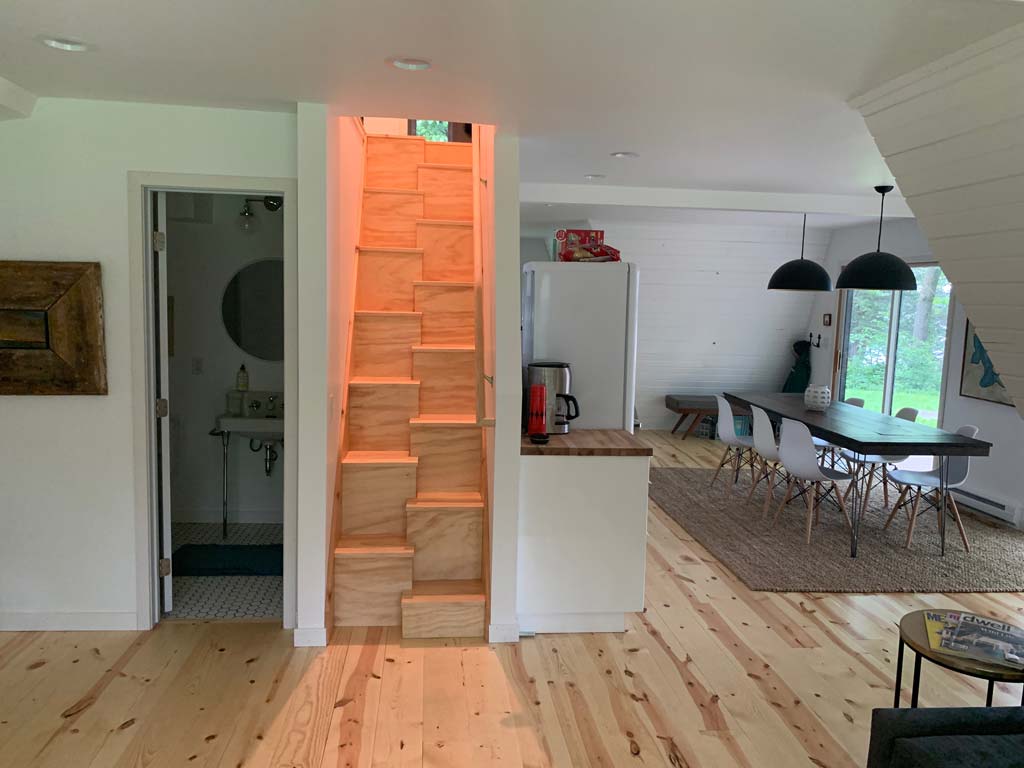 I have since designed this stair into many cabins, accessing lofts, hideaways, children’s garrets, offices and book nooks. In one existing cabin, we removed a ladder and replaced it with an alternating tread stair bought as a kit at Lowe’s. 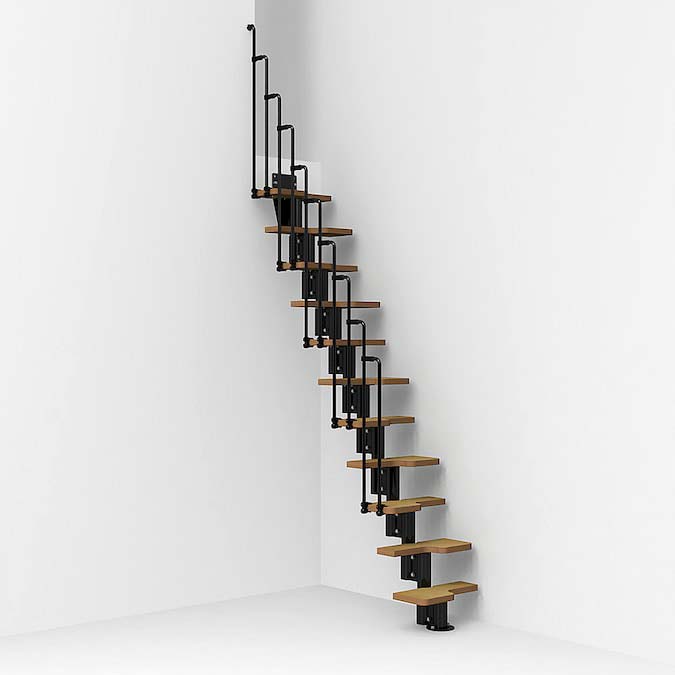 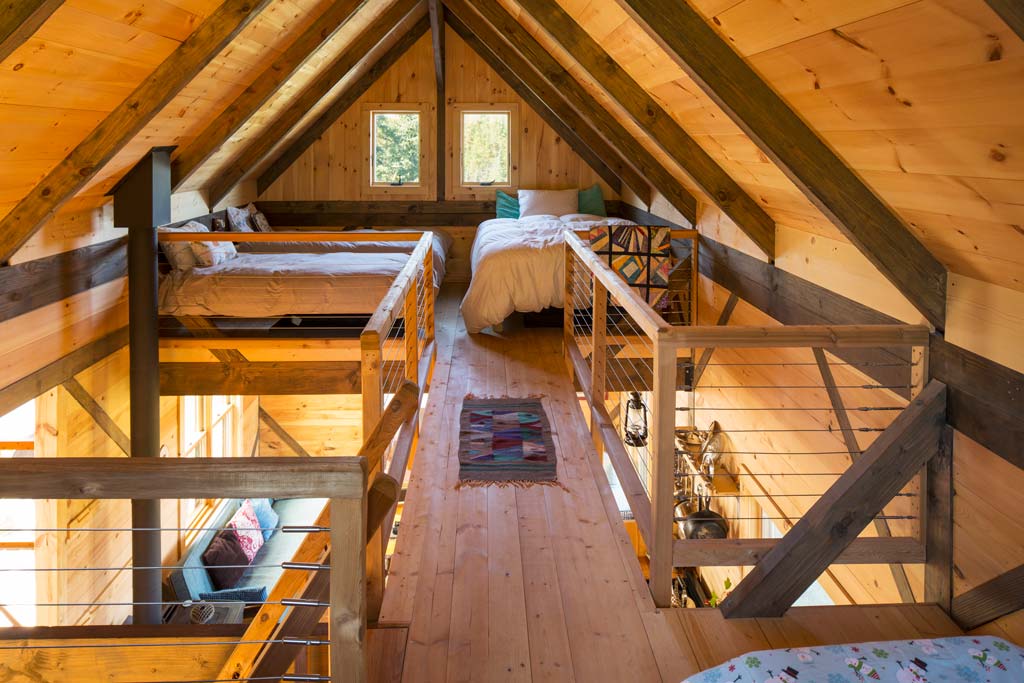