For the past two decades I’ve been dreaming up a little cabin for myself. How could I not?  For most of that time, I’ve been an architect working in the land of Cabinology! Countless cabin designs have been sparked and developed within these walls for eager and gracious clients to live out—and live in—their dreams. At SALA, inspiration often thrives in architecture created for relaxation.

Long ago, my father bought a remote piece of land that sits vacant to this day. At various points in my life it has served as site and muse to my own dreams. In my last year of architecture school, it was the site of my capstone project, a remote rehabilitation and retreat center operated by a local non-profit. In researching the site for that project I uncovered rumor of a hermit that once lived in a cave on the site and tended an orchard. Improbable as it seemed, it was food for imagination.

The property is forested and lush, so views are lacking and abundant simultaneously, depending on what one is looking for. A horizontal bed of ferns is broken by vertical scaly pine and peeling birch. Here flora and fauna are interwoven in a constant exchange. A few years ago I stumbled upon a paragraph in a beautiful little novel by Paul Harding that spoke directly to this simple and mysterious landscape:

On the seventh day, Howard turned off the trail and sat by the river and smoked a pipeful of the tobacco that he had packed for the hermit. As he smoked, he listened to the voices in the rapids. They murmured about a place somewhere deep in the woods where a set of bones lay on a bed of moss, above which a troop of mournful flies had kept vigil the previous autumn until the frosts came and they, too, had succumbed.
–from tinkers by Paul Harding 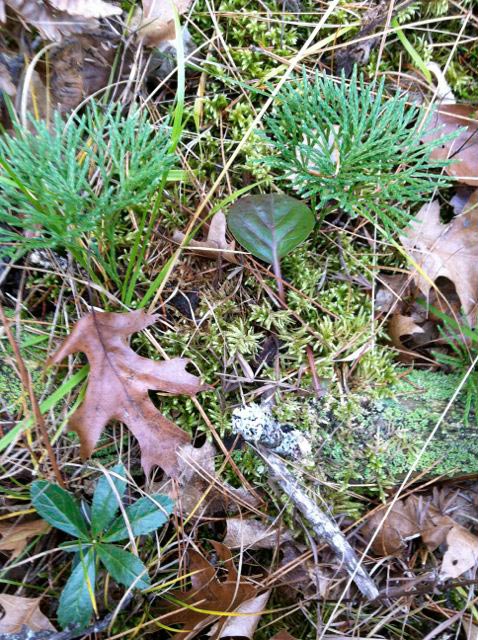 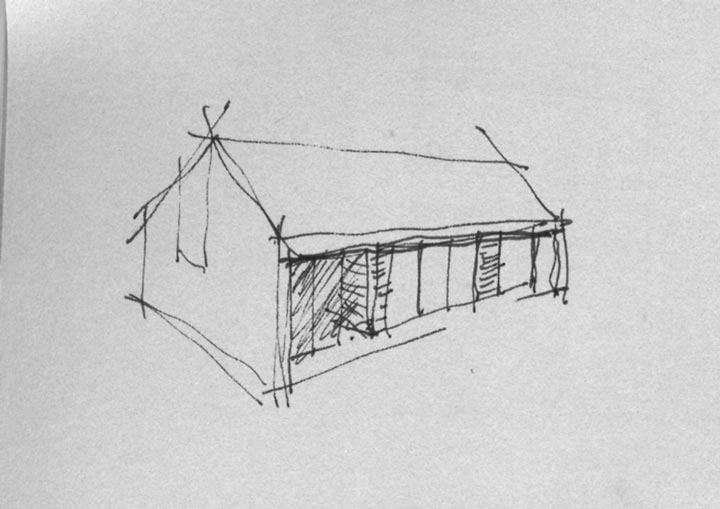 My sketchbook filled with ideas driven by land and literature alike. The ferns and the pines began to inform my ideas of building and shell. The outer building materials would be like bark, hardened to protect against the elements, while the inner walls and ceilings would be a uniform envelope of light, soft wood. Materials, even when decided, are not permanent. They change with the seasons and years, all impacted by the same cycles. Weathering, not unlike the hermit. 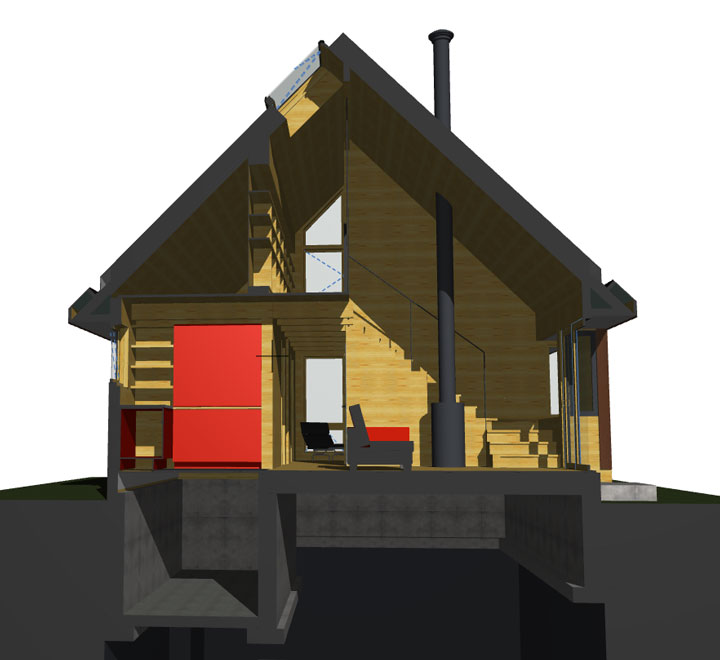 My dream began to take form under these same forces. The gable is the most recognized form in human habitation. In section, it defines simplicity and shelter. Extruded in its purest form, it resembles the hermit’s cave. An intermittent band of southern exposure invites light and warmth. A central skylight vents excess heat and brings light to the center of the plan, as a break in the forest canopy does for the delicate fern. Like checks in timber, vertical fissures at east and west ends mark a path for circulation and light. 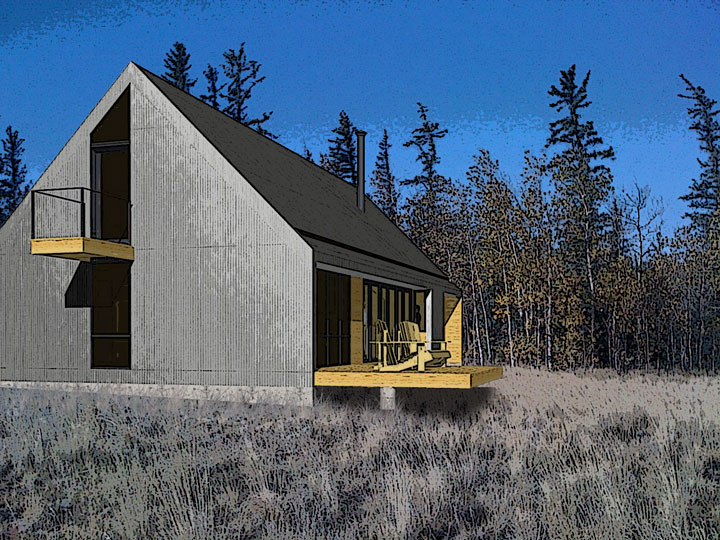 My dream for a cabin in the woods remains, but both site and circumstance have changed. In the process, however, this little dream—which I began referring to as Hermit Camp—continued to develop. Imagined in a range of environments with complementary materials, its simplicity of form and function held constant. My little dream had matured and was bound and determined to see the world.

Recently Cabin Life magazine made the dream of Hermit Camp all the more possible when it published an article on the design in its June 2014 issue. I want to thank the editors that gave Hermit Camp a wider audience and a possibility to live the dream. You can read the article and view floor plans for Hermit Camp at the following HERE!

Bryan Anderson recently became a principal at SALA Architects and has years of experience in design that you can see on his profile page! For some more of Bryan's sketches coming to life, check out some of his prior blog posts! If you're a fan of Pinterest you can also follow Bryan's board on SALA's Pinterest page!