What is the key to successfully adding to a vintage home?  Is it the materials?  The building form?  The arrangement of spaces?  All of these depend on something more basic.  The key to success in all these areas is first understanding a home’s underlying rules. 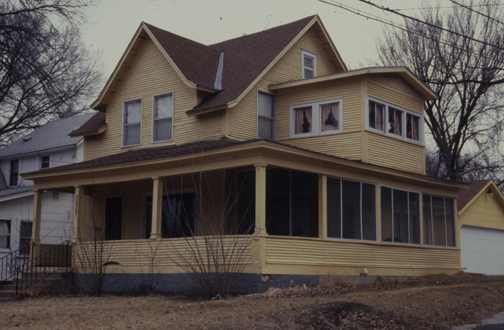 A bad addition follows rules that are different than used for the house.

Usually the majority of these rules are related to the attributes associated with a home’s architectural style.  In order for a home to be recognized as being of a particular style a critical number of that style’s attributes must be incorporated into the home.  Sometimes there are one or more attributes that must be present for a home to be associated with a particular style.  Often homes are a mix of architectural styles so they will incorporate attributes from more than one style.

Sometimes style attributes will not translate directly into rules.  As an example, Queen Anne homes usually included some sort of decorative element at the gable, but the method varied.  As a result, the original designer had flexibility regarding if, and how, to decorate the gable.  However from our vantage point in the future, whatever was decided becomes a rule that should guide future additions.

Sometimes the designer also originally added characteristics not related to the architecture style.  These might have been decorative but could have related to the form or almost anything else. Knowing what are typical characteristics of an architectural style, and what aren’t, will make it easier to identify the unusual characteristics of a house that might take on the status of a rule for an addition.  A great book on architectural styles for those starting out is A Field Guide to American Houses by Virginia and Lee McAlester.  Beyond being knowledgeable regarding architectural styles, a sensitivity to the subtleties of a house, as well as an ability to notice patterns, will aid in identifying both the expected attributes, as well as the unexpected.

What is the usefulness of focusing on rules?  Rules help to provide a continuity between old and new.  While this continuity is the goal in most vintage home additions, it also serves a secondary purpose.  The continuity ensures that elements that break the rules will stand out.  Believe it or not this can be a good thing.  Selectively breaking the rules can create the special or unusual elements that are often aspects of vintage homes.  With the right balance an addition to a vintage home can be a seamless extension and special at the same time. 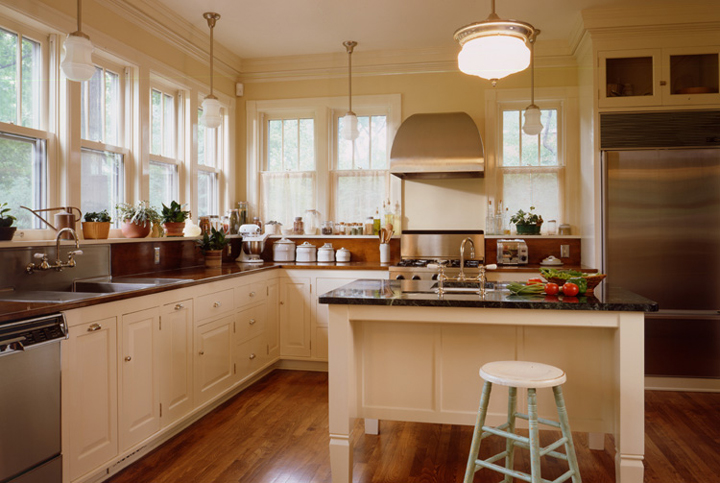 Windows that are more typical of a porch than a kitchen make this a special place. (Photo by Susan Gilmore)

Joseph Metzler has a wealth of experience on remodels and restorations along with holding seats on local historic preservation boards. For more useful information about renovations from Joe, take a look at some of his prior posts! You can also browse more of Joe's projects on his profile page. You can see more of his commentary where this post originally appeared in ConvenientOldHouse.com.