Last weekend brought another fun and rewarding year for SALA at the Lake Home and Cabin Show. It was great visiting with all of you, and we look forward to seeing you again next year! A popular post from last year seemed appropriate this week as Dale presented a couple talks at the show, which brought about a lot of interested attendees, and even some flat out fans….

We haven’t ventured into the world of guest posts very much on the SALA Blog. How that changed this week was Kristin Nilsen’s post on The Cabin Crush blog. In all the years at SALA we’ve never heard of Dale Mulfinger being compared to a 1970’s pop star, but it appears that was shortsighted of us. Kristin Nilsen explains in her delightful post from The Cabin Crush blog: 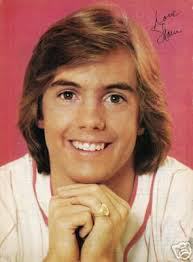 This is a story about a visit to the Lake Home and Cabin Show….

…..in which I meet Dale Mulfinger, the Cabinologist, and act like a Leif Garrett groupie.

If you are a cabin lover, a cabin owner, a cabin seeker or a cabin dreamer, you are probably familiar with the name Dale Mulfinger. If not, consider this your introduction.

He is the Shaun Cassidy of the cabin world; Minnesota’s best known – NO! – the nation’s best-known cabin architect and author of five books including “The Cabin,” “Cabinology,” and “Back to the Cabin,” books that should come with a bib so you don’t drool on the pretty pages.

Until I was standing in front of him at the Lake Home and Cabin Show, I didn’t know that a 70 year old architect could summon the same feelings that I had for Shaun Cassidy…….

Kind of the same, right?

…….but that is exactly how I acted. Dumb and stupid and twittery, trying not to fawn but failing, having nothing to say but not going away because I’m trying so hard to think of something, anything, to say besides what I’ve already said six times (“I really love your books. Your books are great. I love all your books. You write books.”) So I just stand there with my backpack on my back and my free tote bag made of recycled pop bottles full of brochures and flyers from all the booths I’ve visited. I stand there like I’m on the verge of saying something except that I’ve already used all of the words I know. So I’m just standing there in front of him swinging my recycled pop bottle bag and mumbling non sequiturs.

“yeah….so……cabins…..” Just marking time while I try to decide if it’s a good idea or a stalker-y idea to mention that I’ve memorized parts of his books. I was making a huge impression and I’m sure he will next ask me to marry him.

Long ago, when I was just a cabin baby, he captured my heart with the crushable cabins featured in his books. There’s this one: 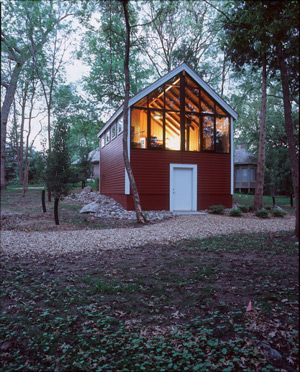 And this one is actually his own cabin, held up by what he calls a “Minnesota Redwood.” He went out for a boat ride one day and came home to find that his wife had painted the supporting tree trunk tomato red. 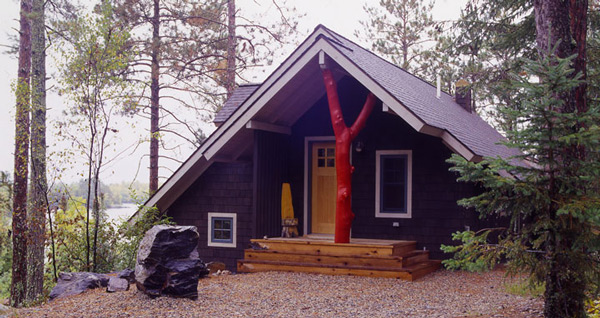 If you’d like to stay in a Dale Mulfinger designed cabin, there’s this one at Ludlow’s Resort in Cook, Minnesota: 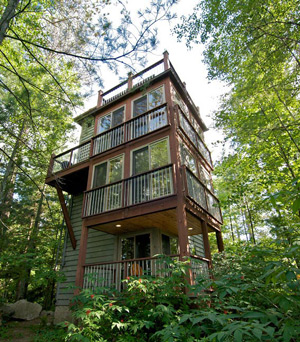 Dear Mr. Cabinologist, you have influenced me in so many ways. In fact, the cabin I’m so lucky to have right now, the one that has become the subject of blog posts and the captain of hearts, is mine because of your words. Case in point……my cabin is not nearby. It’s two hours beyond the two hour limit we had agreed to during our cabin search. That’s not fudging, that’s blowing it out of the water. But when we saw our perfect little too-far-away-cabin in the snow, I remembered a passage you wrote about the drive to the cabin, about how the last 30 minutes is excruciating and you complain and ask each other “Why did we get a cabin so far away?!” And then, the minute you arrive, the regrets fade away because it’s just so obvious why you’re willing to drive so far…….it’s worth it.

I shared this passage with Mike on our way home and there was very little doubt after that, as if Dale Mulfinger himself had just given us permission to buy this way-too-far-away cabin. It was Cabinologist-approved so it would be ok.

Perhaps the reason his designs and his books resonate so soundly with cabin people is because he is a cabin person himself, consumed with creating a cabin life rather than a cabin showplace. His design ethos is defined by how he lives at the cabin rather than the fancy amenities he can provide. Read this quote about how he spends a cabin day and tell me you don’t want a piece of this action:

“I go to the cabin to be outdoors, to bond with nature, to have quality time with family and friends, and to dabble in building things. I feed the deer and the birds and make crepes for my grandchildren. I repair my boats and occasionally can keep a motor running long enough to make my way down to the other end of our 23-mile lake for a beer and burger. Or I will putter out to a favorite nearby bay for some fishing, return with a dozen bluegills, and spend an hour cleaning them for dinner.

I may consume the better part of a morning teaching myself (again) how to replace the chain on my chainsaw. I will walk down the hill to the shore to cut up a basswood the beaver has felled only to find I have put the new chain on backward. By dusk I will be exhausted from 30 trips up and down the 28 steps to the lake with 40-pound pieces of tree trunk on my shoulder.”

Just replace “building things” with “weeding things” and the chainsaw with a set of loppers and I think we may be cabin soul mates.

We putter and we daydream and we commune and we sit and we toil all in the name of beautiful places and time that is unclaimed. It is the antidote to the current American Dream in which the list is long and there’s always someone needing five things from you yesterday, five things that will burn down the house if not delivered immediately and in triplicate.

And the fact that this notion can influence architecture and drive an aesthetic movement sort of explains everything about me………..welcome, once again, to Cabin Crush.