The news these days is filled with nothing but the coronavirus, so in the interest of variety let’s tune into a different recent news story of the architectural type. This past April marked the anniversary of the devastating fire at the Notre-Dame Cathedral in Paris. Let’s revisit the cathedral one year later to celebrate this architectural masterpiece and take a look at what makes gothic architecture so awesome! 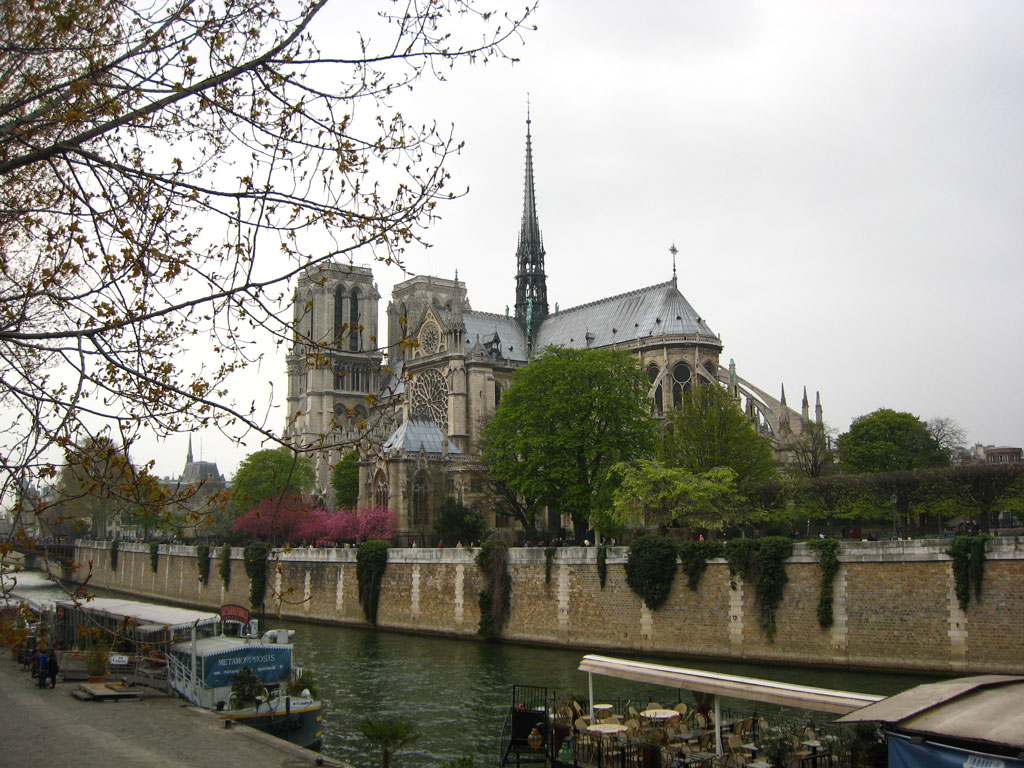 The Notre-Dame is beautiful, but gothic cathedrals are everywhere in Europe and if you’ve seen one you’ve seen them all, right? Nope. The fascinating thing about these cathedrals is the way each one is a unique iteration that shows how design, technology, and ideology changed as they were built throughout the medieval era. French cathedrals, which came first, are different from their counterparts in England and elsewhere because of how ideas changed as they spread from their origin in France. 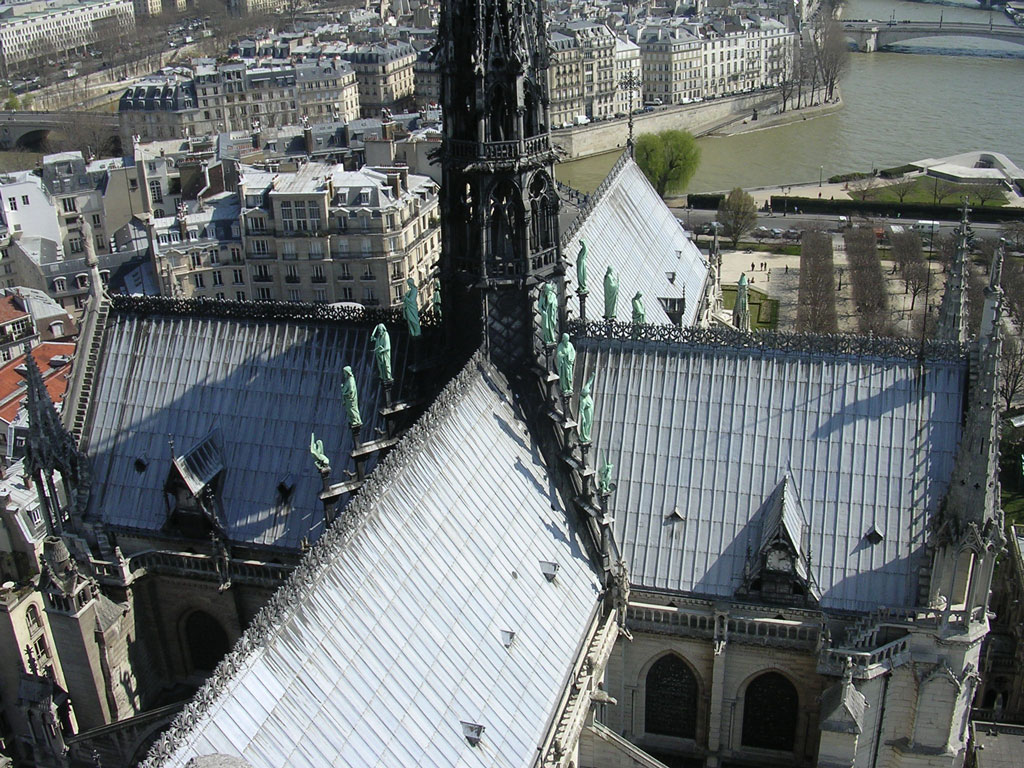 Gothic architecture grew out of the buildings created by the Normans in the 10th and 11th centuries which we call ‘Romanesque’—think sturdy, massive stone structures and semi- circular arches recalling the architecture of the actual Romans 1000 years before. The builders of the gothic cathedrals had new ideas about the kinds of spaces they would create. They wanted them to be airy and filled with light, reaching skyward as a vision of heaven on earth. They strove to make things taller than ever before, and remember, they had no steel to build with, working primarily with wood and stone as they had for thousands of years. 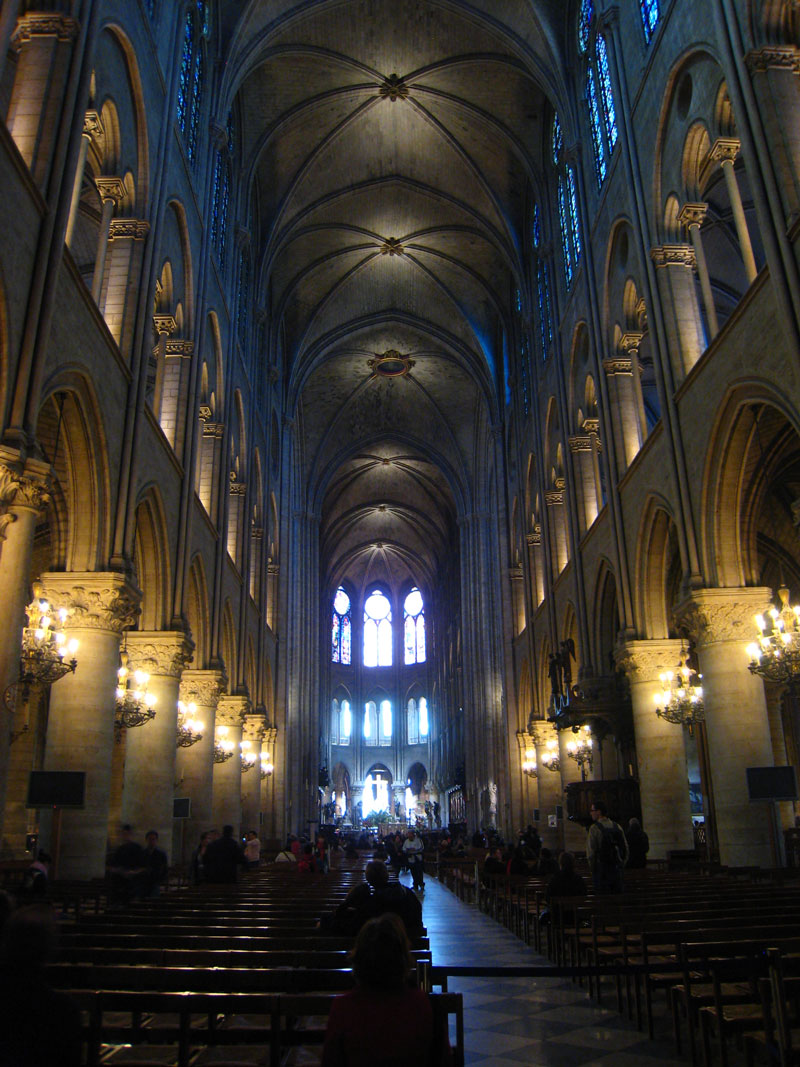 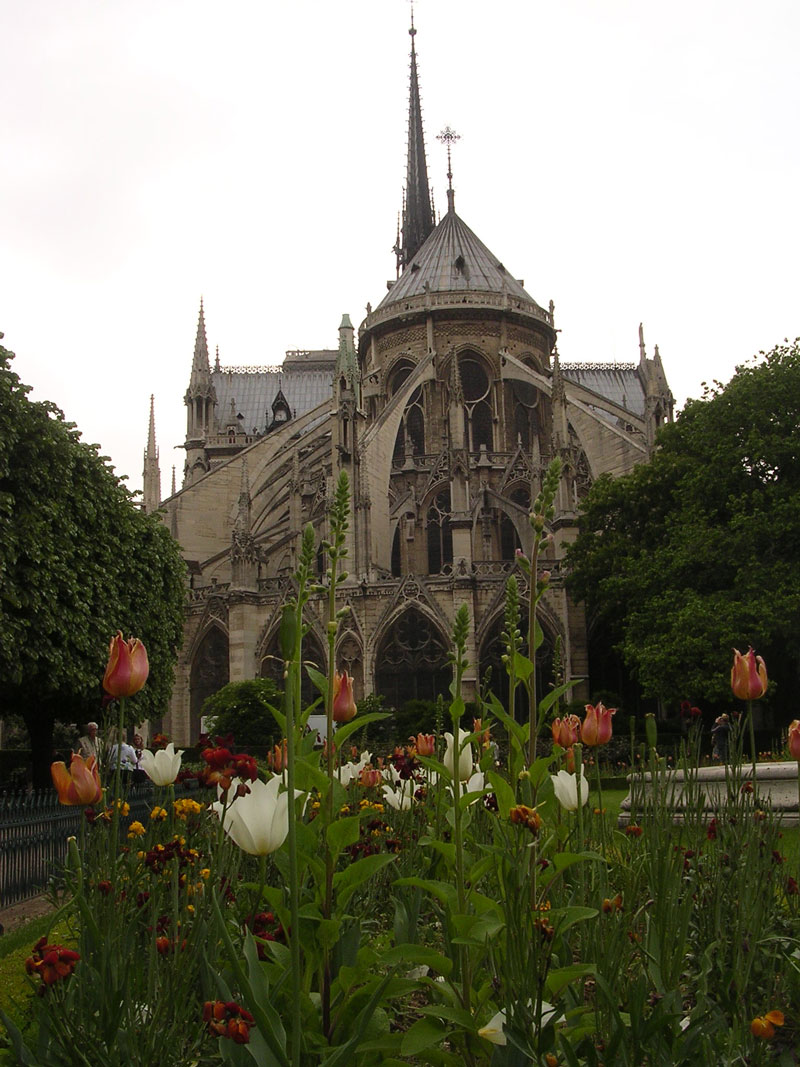 In this quest for height and light, the structures became incredible feats of engineering, with each new cathedral inching taller than the last. Walls grew thinner and the openings in them wider, requiring the builders to employ all kinds of new design techniques to get those tall, thin walls to stand up. They built ribbed stone vaults to enclose large spaces, and flying buttresses to oppose the outward thrust of the vaults. They carved away each bit of stone that was unnecessary to carry the structural loads. Design changes could often be seen within a single cathedral, since many were built over the span of a century. You can see how the interior elevation changes between the nave and the transept in the Notre-Dame. 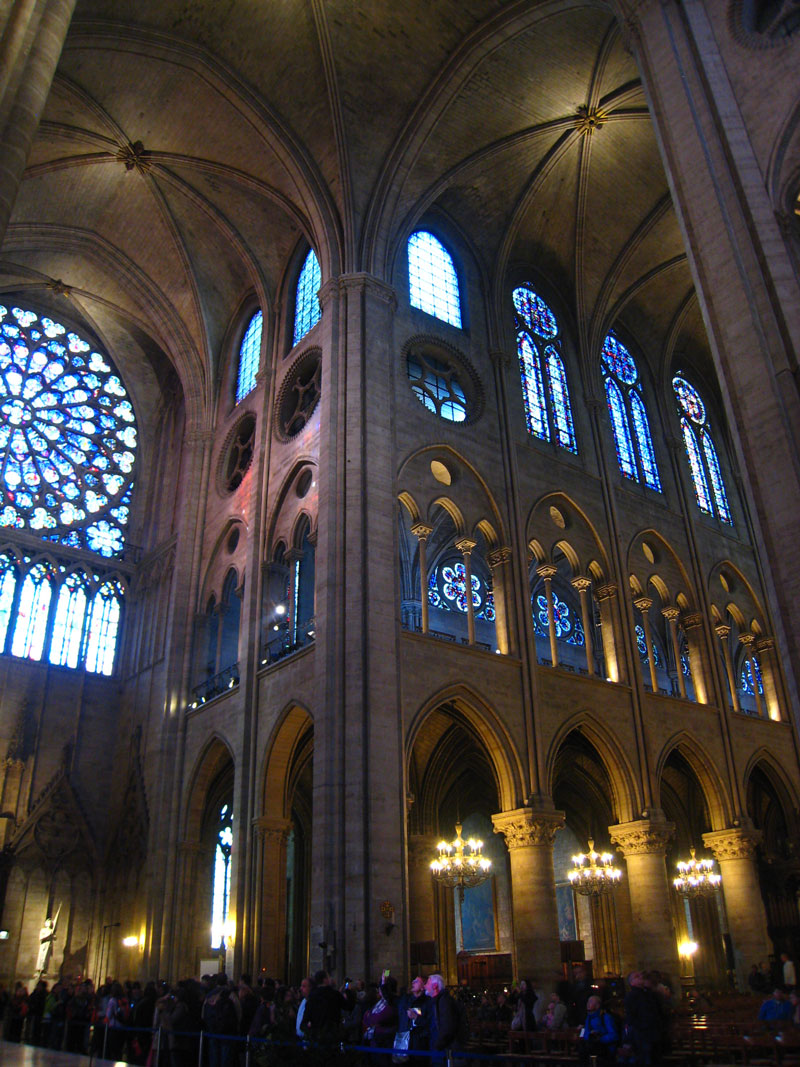 While the vastness of their interior space and the height of their towers alone are impressive, the richness and artistry in their carvings, details, and stained glass also make them works of art beyond comparison. 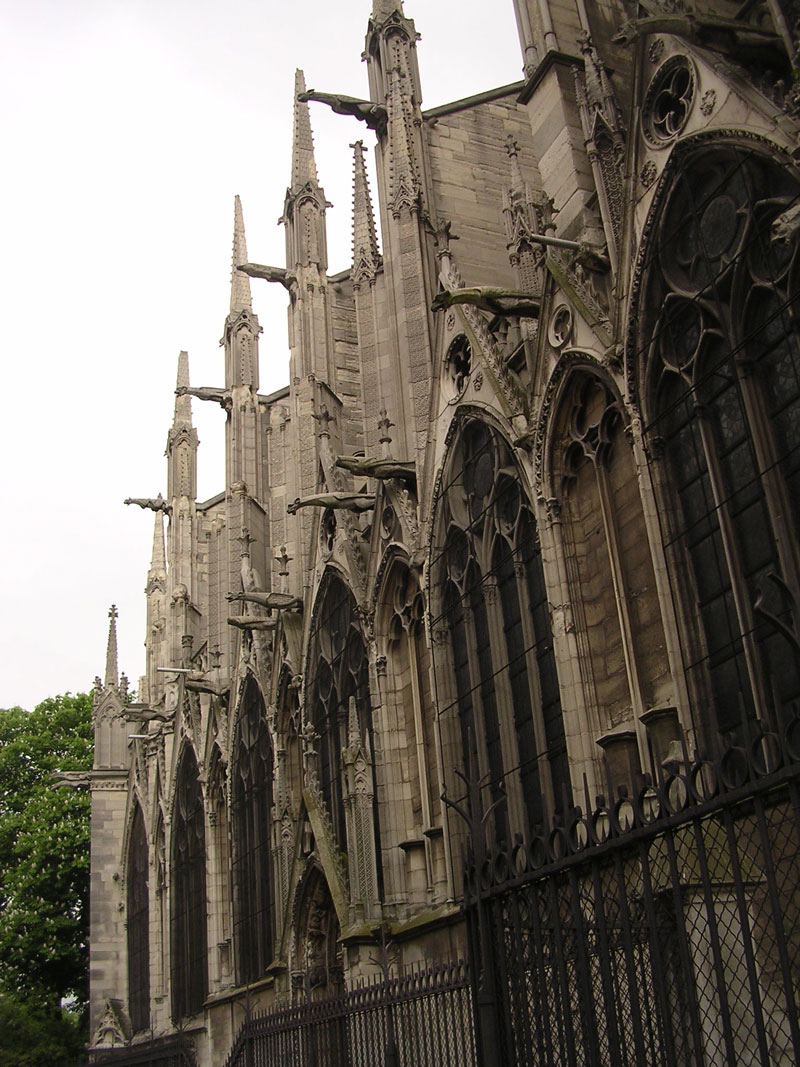 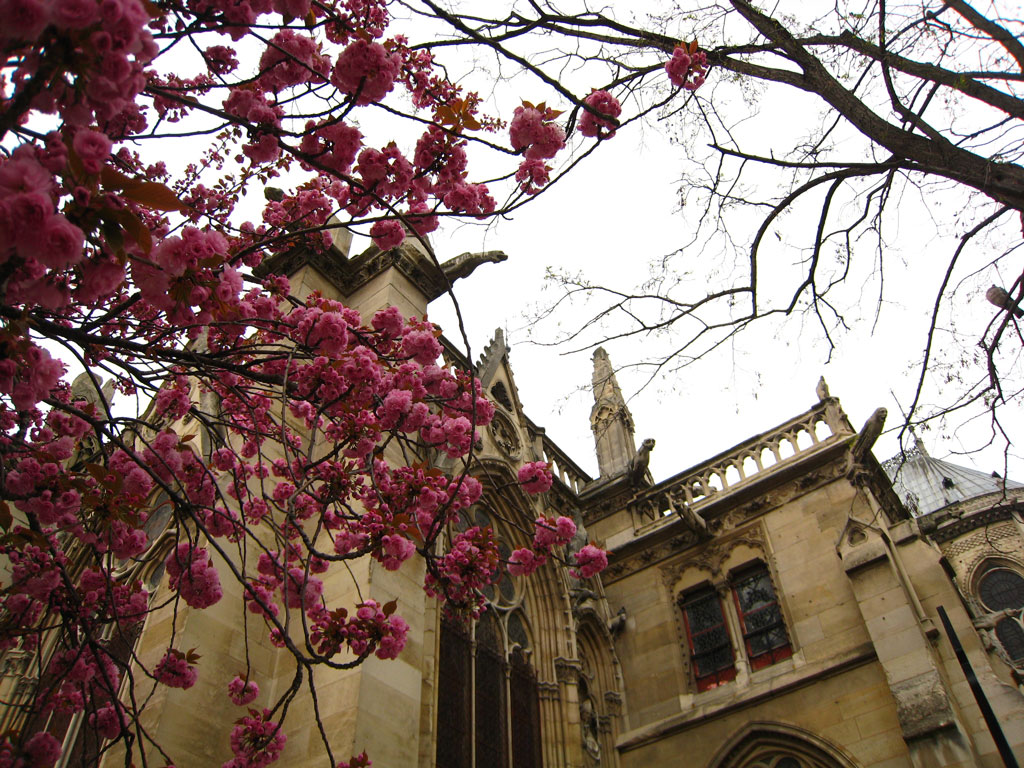 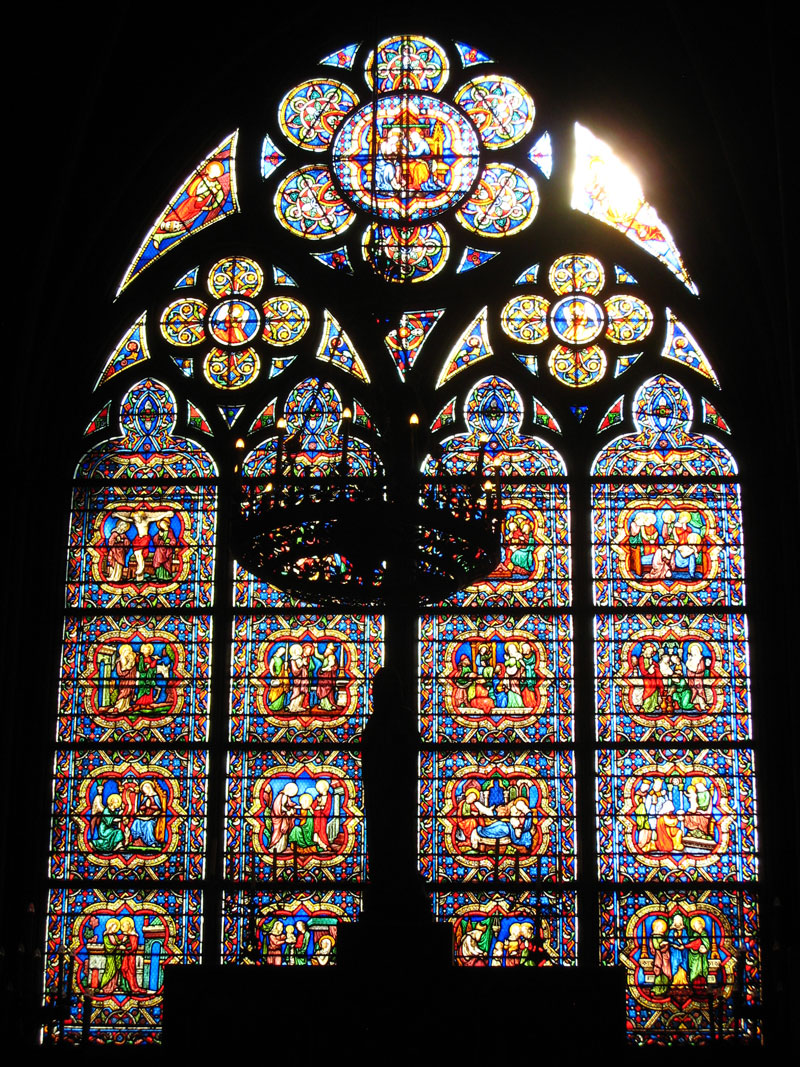 Notre-Dame is probably the most famous of these gothic iterations because of its location, and of course we all know it as an icon of Paris! Its familiar bell towers evoke memories of many trips to the City of Light, and it has been a fixture on the Seine at the very heart of the city for more than 800 years. 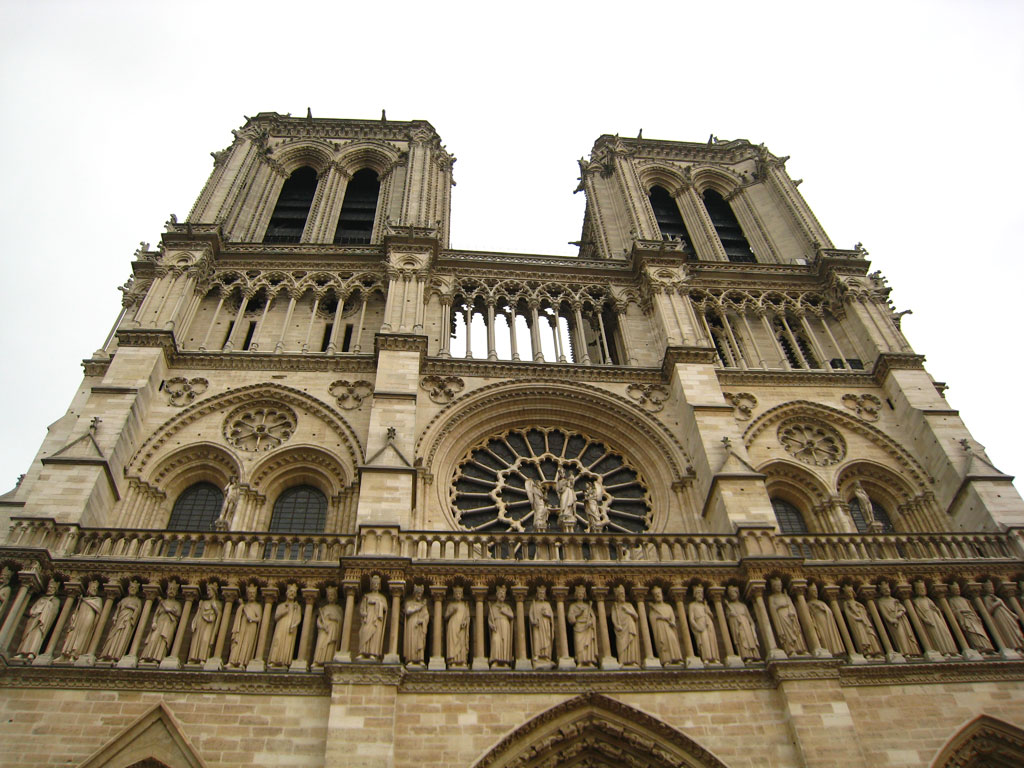 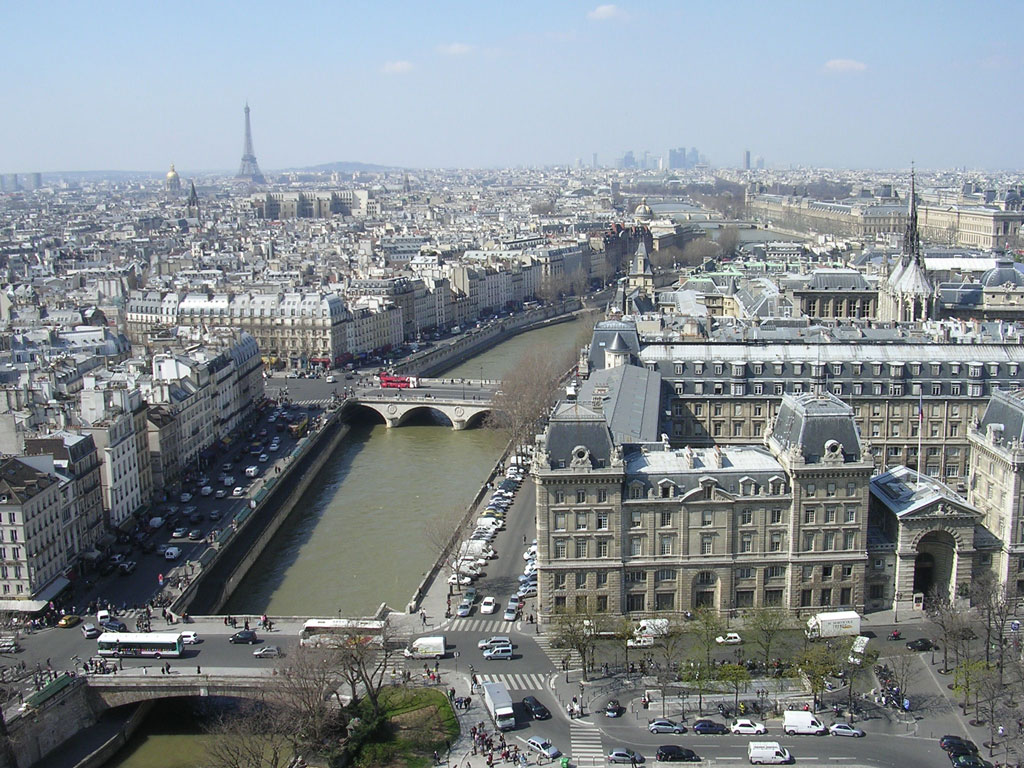 Today, one year past the fire, restoration efforts are underway, although slowed temporarily by the pandemic. Architectural Digest has a good summary of where things are at here, and for those interested in a deeper dive into the complexities of the restoration, this article from ScienceMag.org. is pretty cool. However, reports still caution that the fragile structure is not yet out of the woods. Let’s hope that this beloved cathedral will be around for generations more to appreciate its beauty. 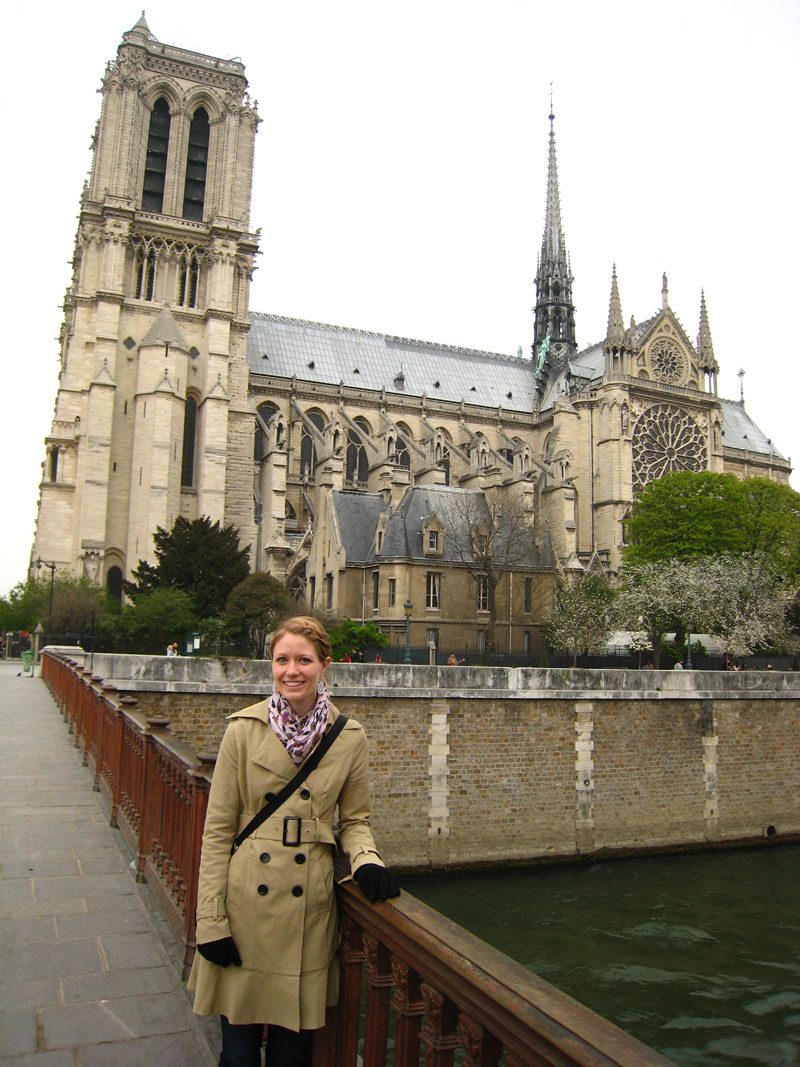