Since most of us have a pretty good idea of what a Cabin is, it might be worth dissecting the origins and attributes of Modern. To some Modern can be just a reference to time, that is to having been built in a current or contemporary era. But to others, particularly architects, Modern is an aesthetic style, or proclivity for clean uncluttered lines and forms in any building type, including cabins. 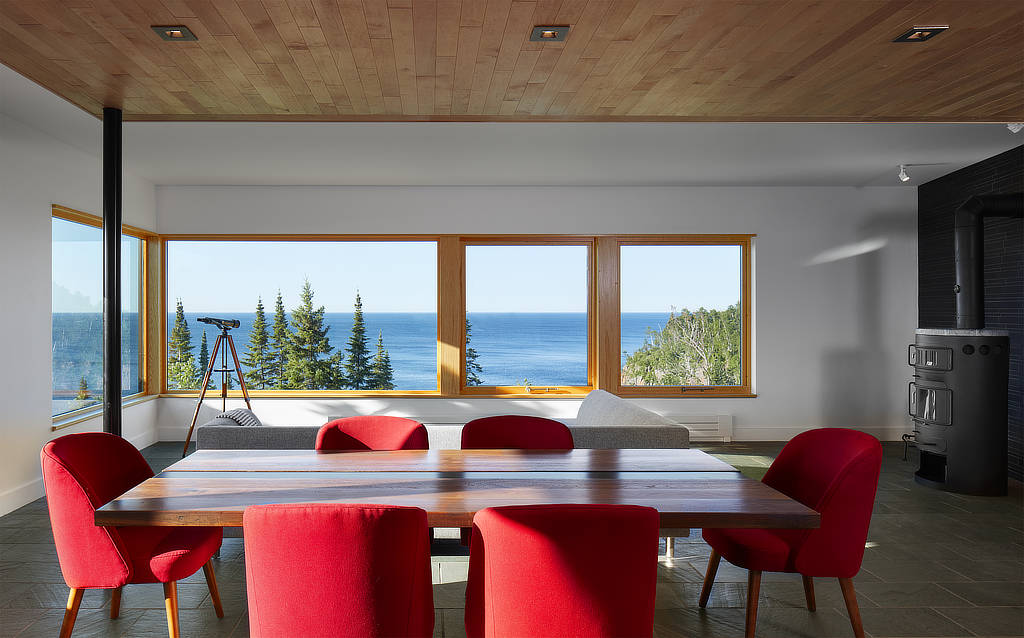 Modernity finds its formidable beginnings at the Bauhaus in Germany early in the twentieth century. Artists, architects, weavers, and ceramicists gathered together at the Bauhaus to formulate new directions in their fields, freed of the decorative motifs of the Beaux Arts era that proceeded them. They were revolutionaries, risk takers, exploring the minimal means of creating beauty without glitch. 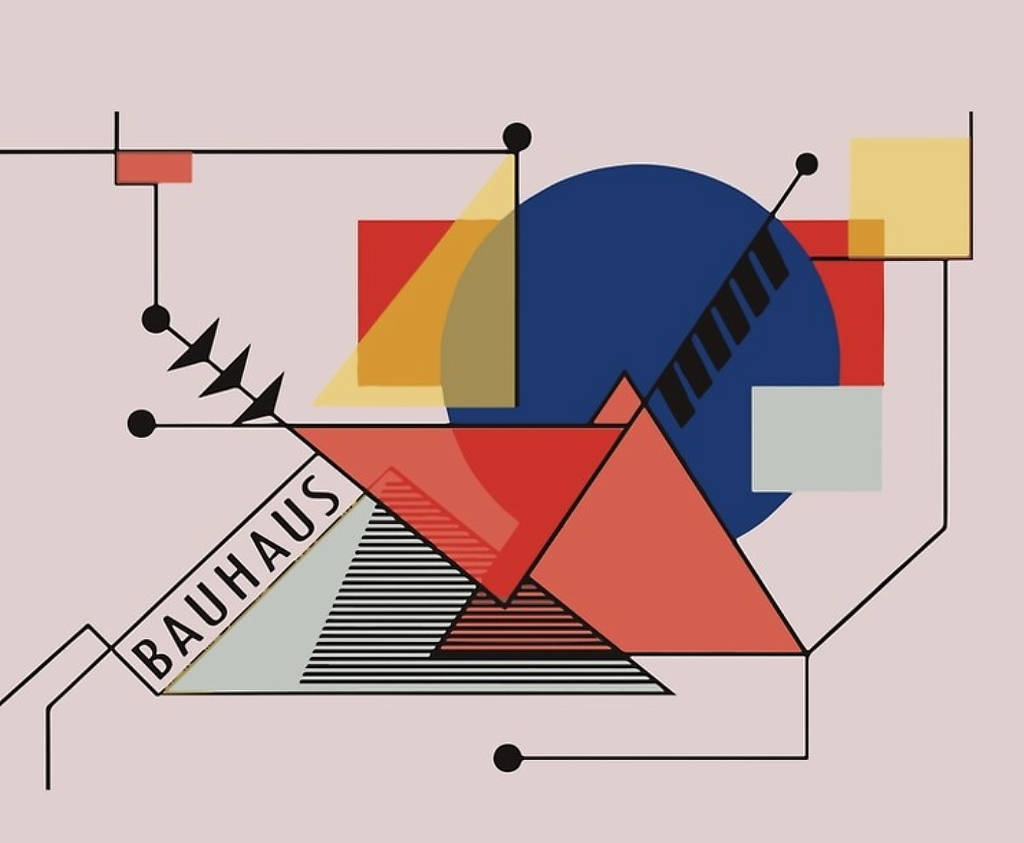 Hitler, himself a trained classical artist, despised the Modern movement and as his power grew he drove its proponents into exile. The Bauhaus closed, but its instructors soon landed in England, South America, and the United States, and often in lofty positions. The Director of the Bauhaus, Walter Gropius became the new Head of Architecture at Harvard University. Mies van de Rohe became head of the Armor Institute in Chicago, today this is the Illinois Institute of Technology. They quickly inculcated young minds and Modern architecture found its way across America.

The Wassily Chair was designed by Marcel Breuer in 1926 at the Bahaus. In 1961 Breuer designed the Abby Church at St. Johns University in Minnesota. 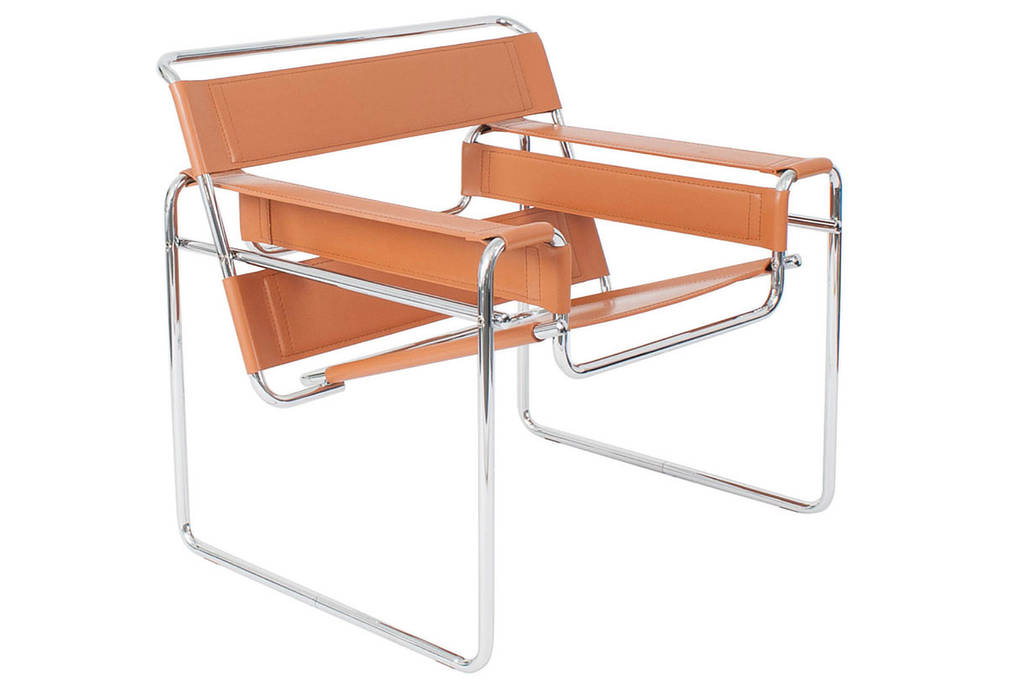 After arriving in the United States, Walter Gropius designed this home for himself near Boston in 1938.

One of the first radically Modern cabins to be built in the Midwest is the glass cube by architect, Ralph Rapson and Head of the School of Architecture at the University of Minnesota. Perched on the bank of the Apple River in Wisconsin it stacks 3 tiers of Andersen glass sliding doors on all 4 sides and floats platforms of living and sleeping space within. Only a modest bathroom is available for privacy. Ralph and Mary Rapson relaxed surrounded by nature, trees, clouds and the arc of the moon. 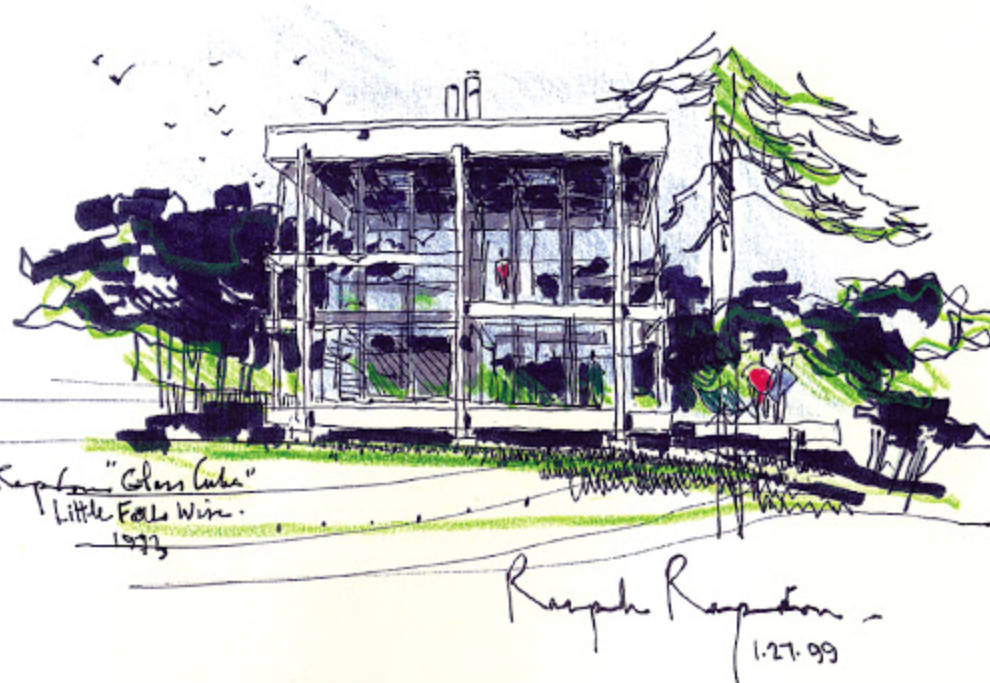 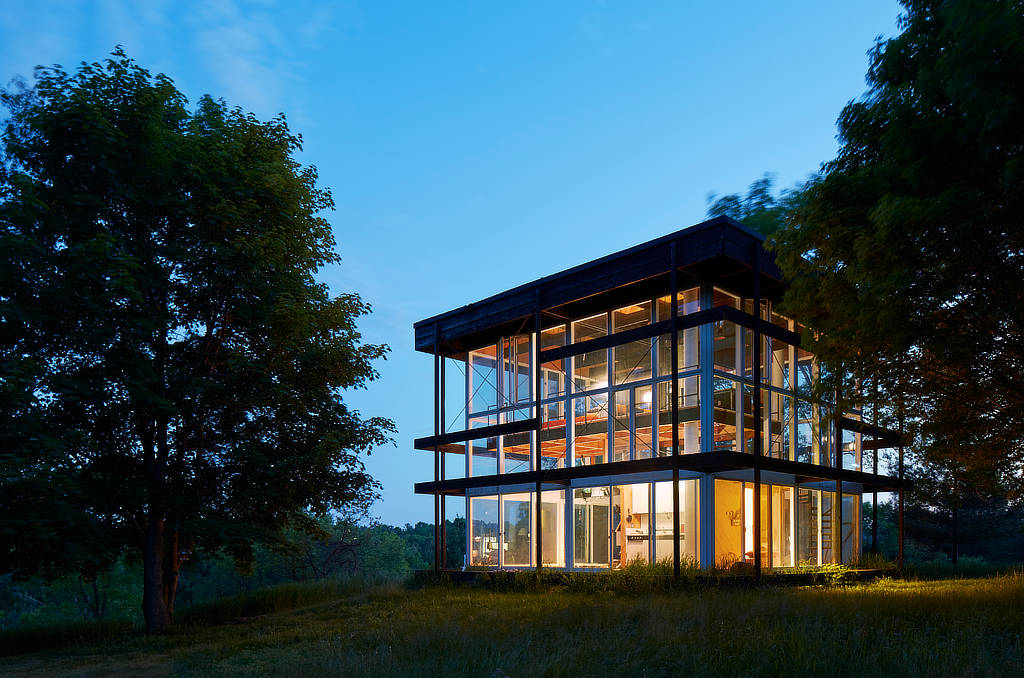 Modern architects discarded the forces of symmetry and forms of classism in favor of casual asymmetry and the simple vernacular forms of barns, sheds and chicken coops. Structural and mechanical elements were exposed, often enhance with bright colors. In cabins, wood stoves became more popular than fireplaces, particularly the sleek European models. 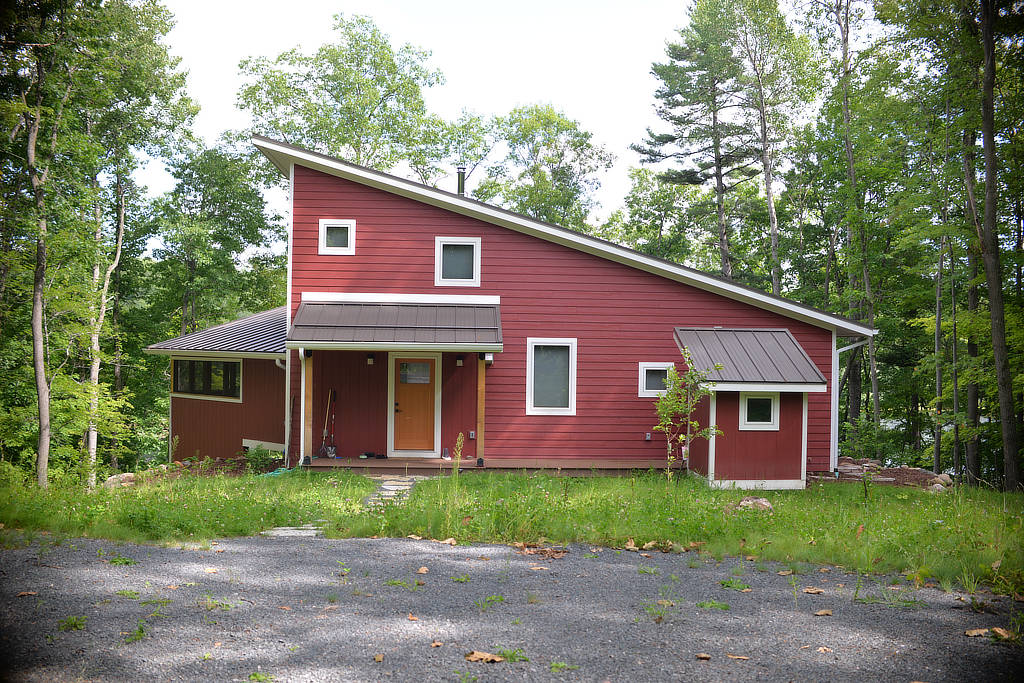 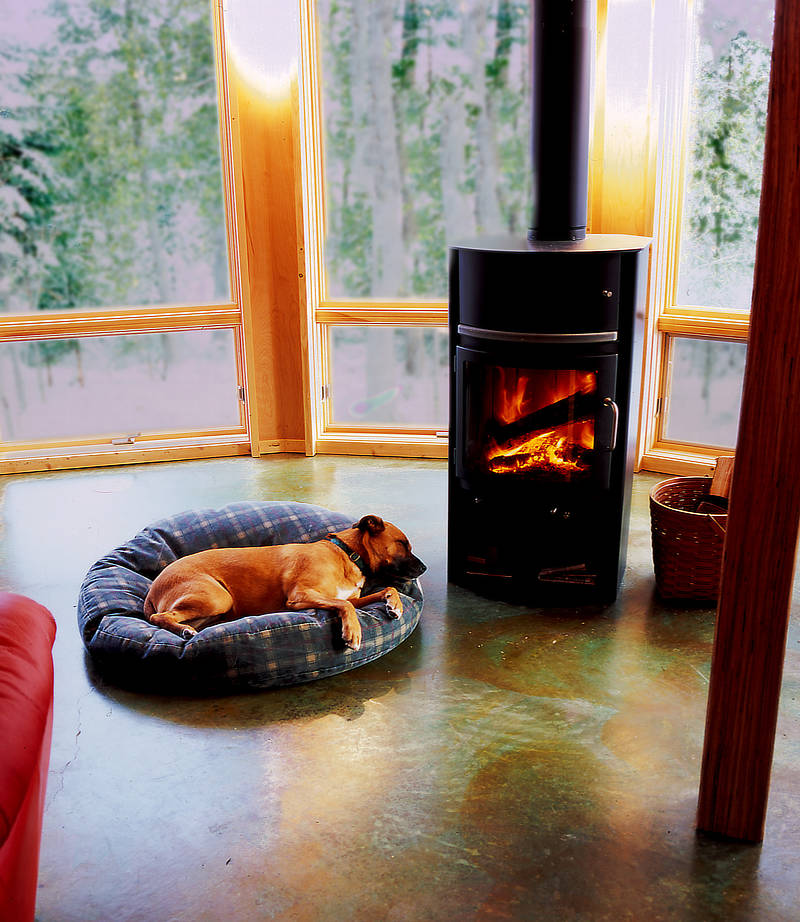 Classical architecture had treated sites as nature to be claimed and formalized. Modern architecture attempts to blend with nature, through the use of organic forms and native materials. Prairie restoration, reforestation, and buffered shorelines help Modern cabins blend into their natural settings. 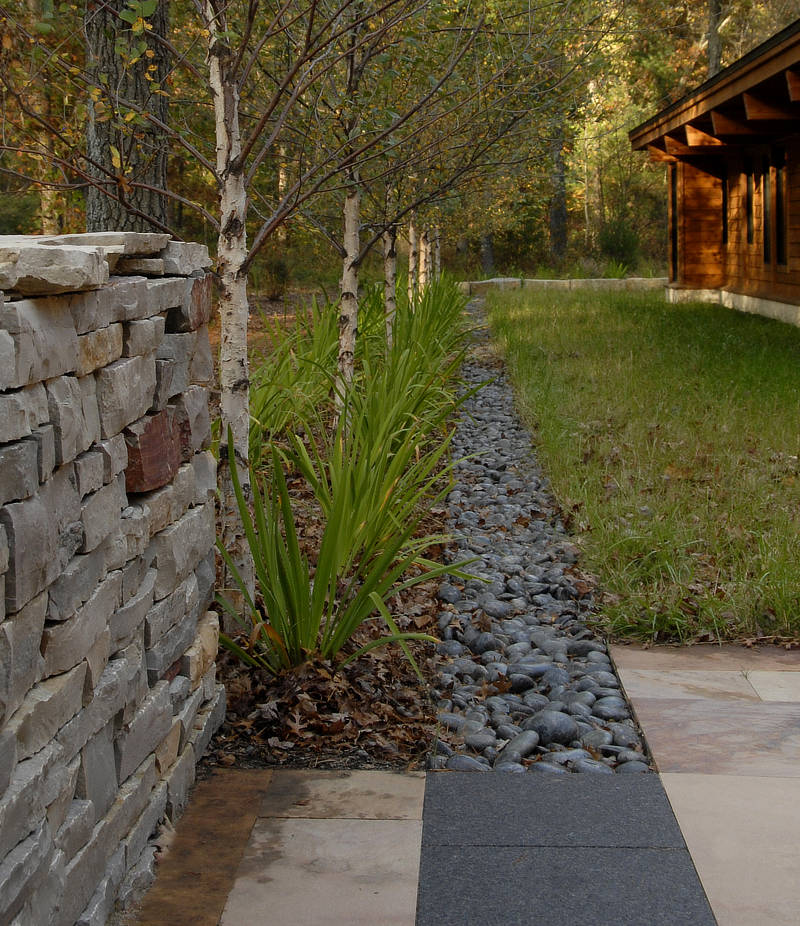 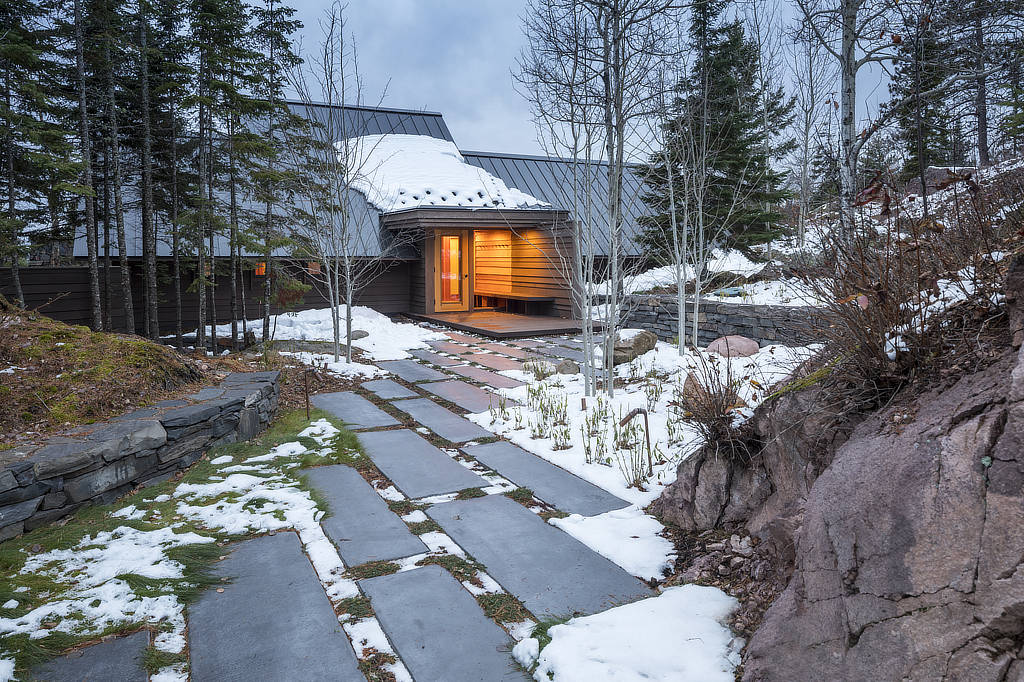