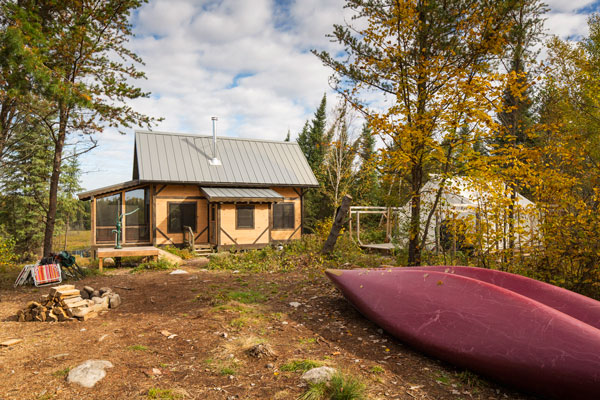 Earlier this year Caitlin and I visited one of my favorite SALA cabins, the Wee-Cabin designed by Dale Mulfinger and built by the Wee Cabin Company. I’ve known the cabin through photographs and floor plans, but spending a weekend at the retreat made me realize that the thoughtful, compact layout amidst the wild landscape created a sort of magic that brings people together to appreciate the surroundings. 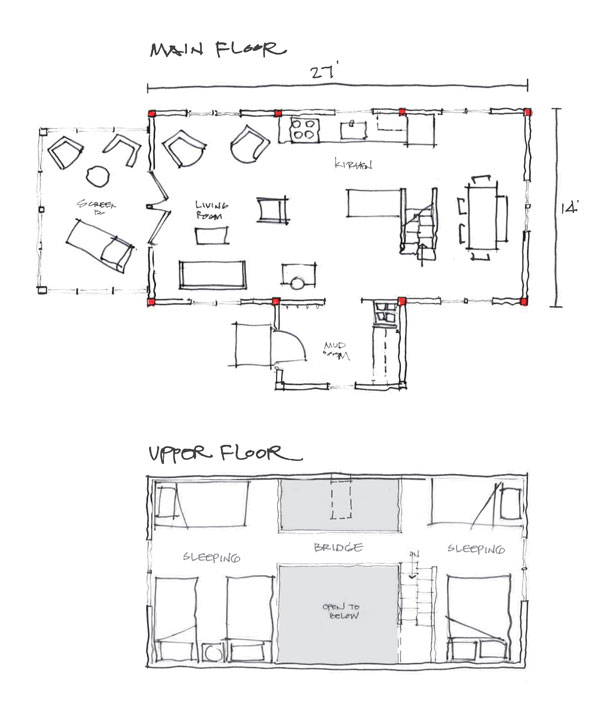 We left on a busy Friday afternoon from Minneapolis and drove four hours North to Ely, where time seems to slow down and nature is the dominant presence. On the drive up we saw a flicker of the Northern lights and seemed to traverse into a new mindset.

We arrived at the Wee-Cabin around 10pm and oriented ourselves around the cabin and camp with headlights. Wandering around fire pits and narrow paths we found the surrounding outhouse and sauna. The next steps to getting situated were to pump water, light lanterns, and start the wood-burning stove. I prepared a meal with my headlight on in the propane-fueled kitchen. 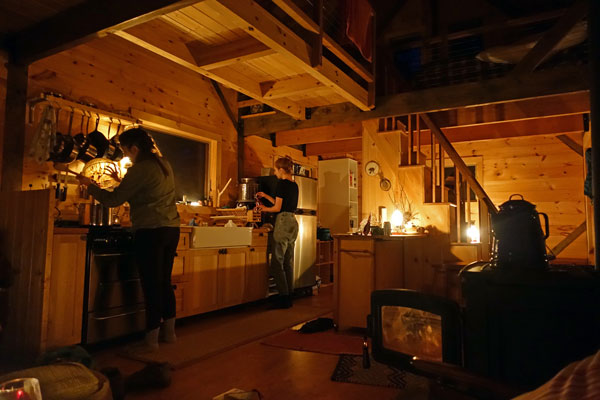 There’s something special about arriving in a new place with limited light sources at night. Having to familiarize yourself with the surroundings in the dark creates a unique anticipation for what will be revealed in the morning light. We went to bed soon after our lantern lit dinner because we were so excited to wake up in the new environment. Before visiting I was familiar with the photos Troy Thies had taken and had high expectations to see the picturesque bog stretched out beyond the kitchen sink. 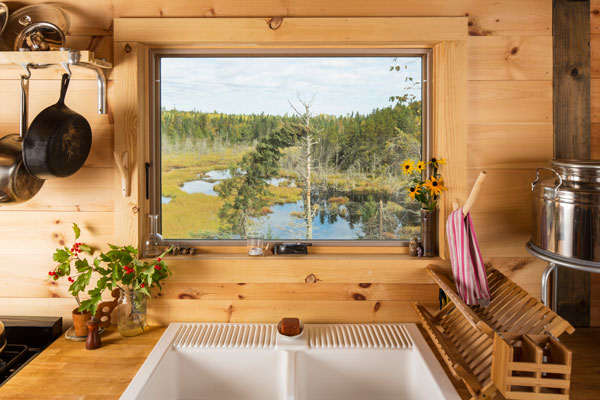 Even in a different season, the unaltered landscape we woke up to matched the high expectations set by the professional photos. 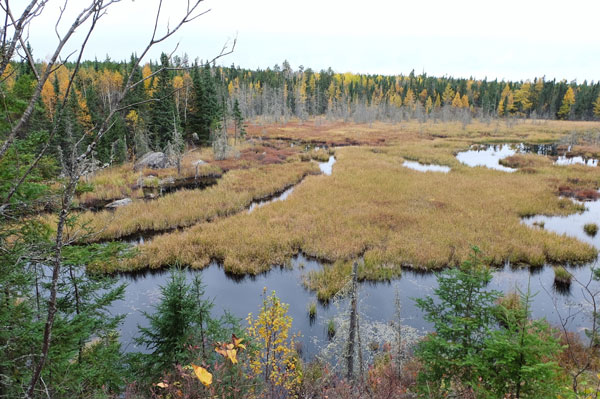 We all enjoyed a wonderful day where time isn’t an issue. Our day was measured by sauna sessions and the sun overhead. 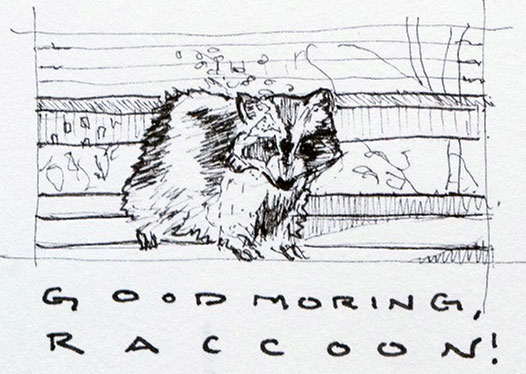 We were greeted by the wildlife on the property, a raccoon on the front steps and a grey jay bird along the sauna path! No signs of Moose, but we were scouting out for them all day. After an afternoon of watercolors, hiking and lots of potato soup, we ran into town for a Zup’s grocery run before sun set completely.

Spending a full day at the cabin gave us a new perspective on balancing luxury and labor in the idyllic Northern Minnesota setting. For every drop of water we cooked, cleaned, and bathed with we had to hand pump from outside. Without the luxury of integrated plumbing, we became more aware of how much water we actually needed. We had a regular responsibility of bringing buckets of water in and out of the cabin and keeping the fire in the woodstove going. Despite the extra effort, there was a calming simplicity tied to the acts that directly result in personal comfort and the lack of electrical outlets to fuel other distractions. 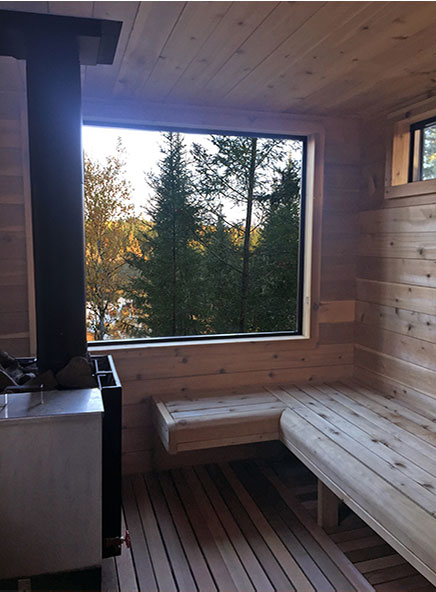 The following day we had the pleasure of meeting  with Dayna and Eric Masse from the Wee Cabin Company, which built the Wee-Ely Cabin we had just stayed in. They showed us around their property and let us step inside a full range of timber framed cabins, from their small sauna unit to their main two story main living cabin, which had an innovative staircase on a pulley system!

Dayna and Eric carried a tranquil sense of exploration that matched the cabin culture and landscape surrounding us. They explained how they had both left their fast paced city lives and found each other in the Northern Minnesota serenity.

Eric’s craftsmanship shined in the cabins and other projects like canoes. They explained to us the unique process of constructing Wee Cabin Company timber frame cabins, where they build the roof on the ground on the side to avoid a dangerous balancing act and to save time. Then they bring a crane to the site for a day and lift the roof onto the timber frame. The Wee-Ely Cabin and the Wee-Sauna both had their roofs capped through that process! 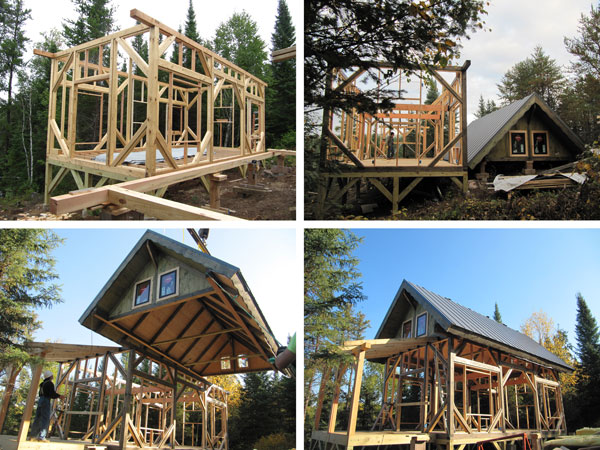 After having a tour of the Wee Cabin Company Camp, spending a weekend in the Wee-Cabin and quality time in the Wee Sauna, we felt refreshed and inspired. The cabin culture of coming together to appreciate the outdoors is something to cherish. We’re grateful for the thoughtful cabin design, craftsmanship and generosity of the cabin owners. I know we’ll be back to explore more of Northern Minnesota! The next trip will have to include another slice of Dale’s highly recommended banana crème pie from Wilbert Café on the way! 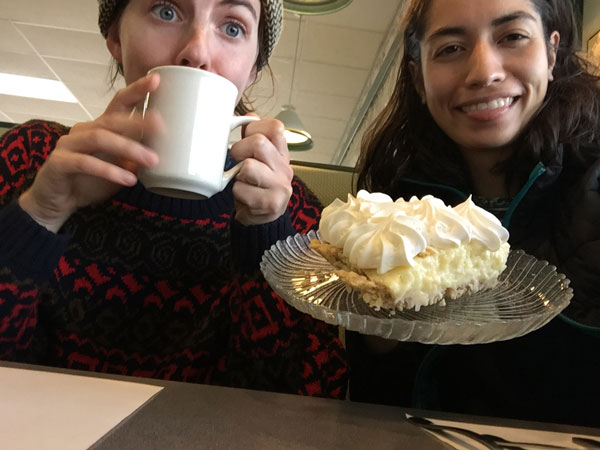 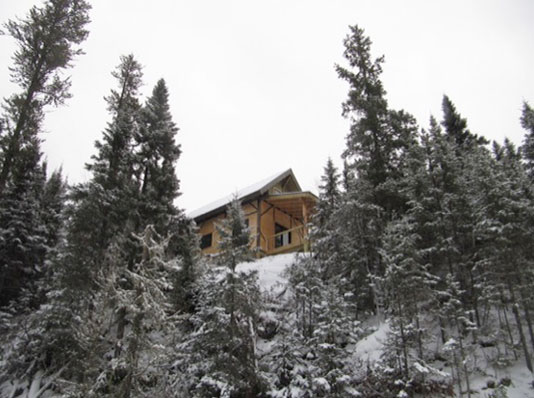