My use of bark siding puts me in good company, as one of the first architects to popularize the material, was Henry Bacon. Now he may not be a household name for you, but he did design the Lincoln Memorial. And before his DC fame, he designed several getaways for close wealthy fiends in Appalachian Mountains of North Carolina. Today, that’s exactly the location that harvests the poplar bark which we import to the Midwest.

Since writing a first blog post on bark siding in May 2013, I’ve continued my exploration of the use of bark on cabins and lake homes. The Drawbert’s introduced me to bark in 2009 for their NW Wisconsin cabin redo. It looked great with the white windows and trim. I followed that in 2012 with the Cervenka lake home, here contrasting the bark with crème colored trim and Kolbe Green Tea Leaf windows. 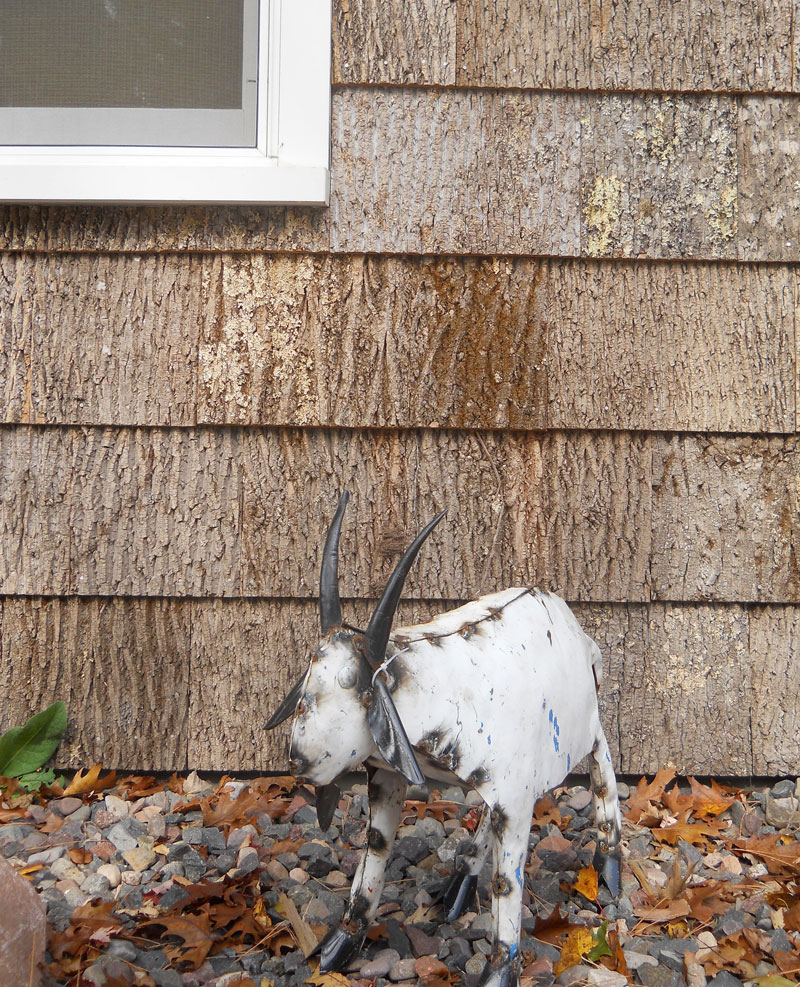 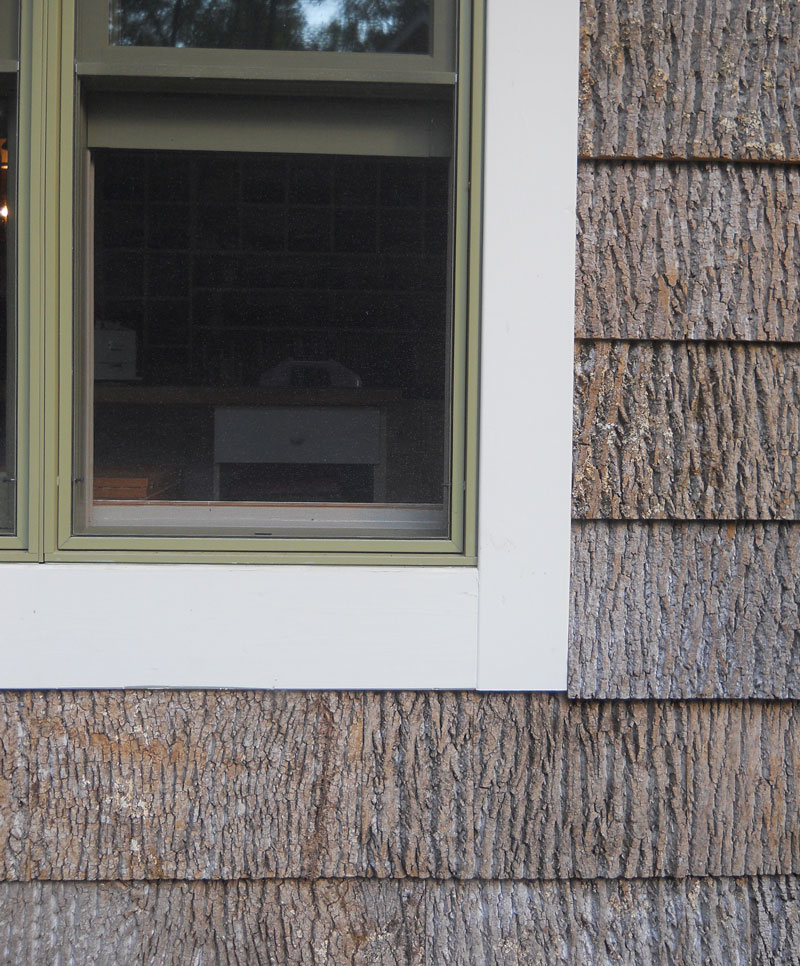 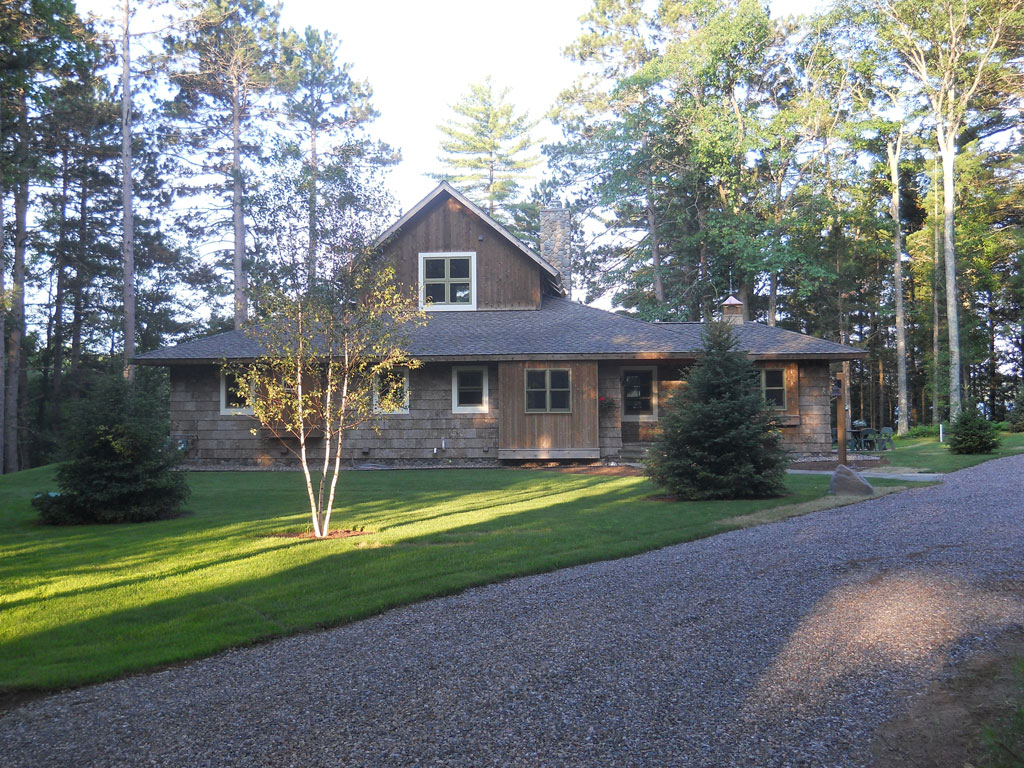 Andersen E-Series Fire Engine Red were the windows we employed in a cabin addition project on Mantrap Lake in Northern MN. Bark siding is added at the entry as a transition from the logs to the vertical board and batten siding. It adds a touch of rustic to this transitional cabin. 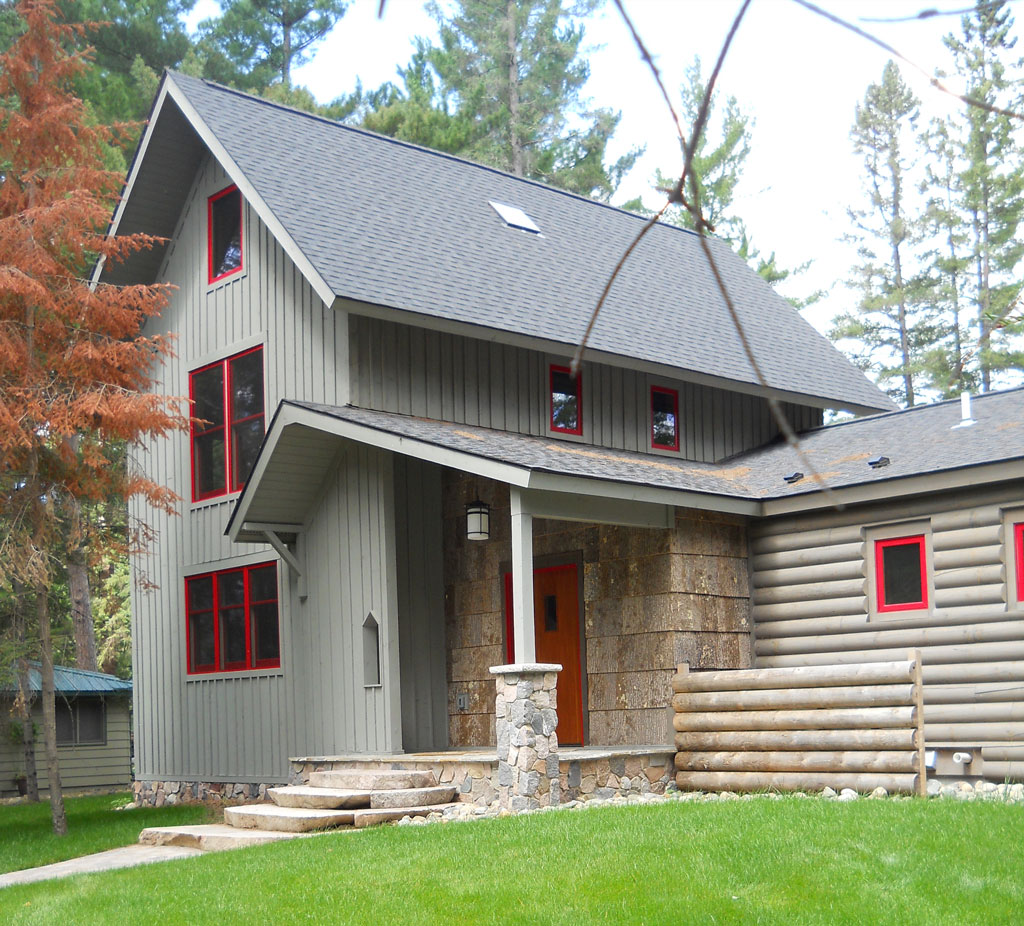 We continued with Andersen Red for the Ox Lake Club in 2018 near Cross Lake MN. We designed two structures with several materials including bark siding. The bay projection with the ox head greets guests as they arrive on the property. 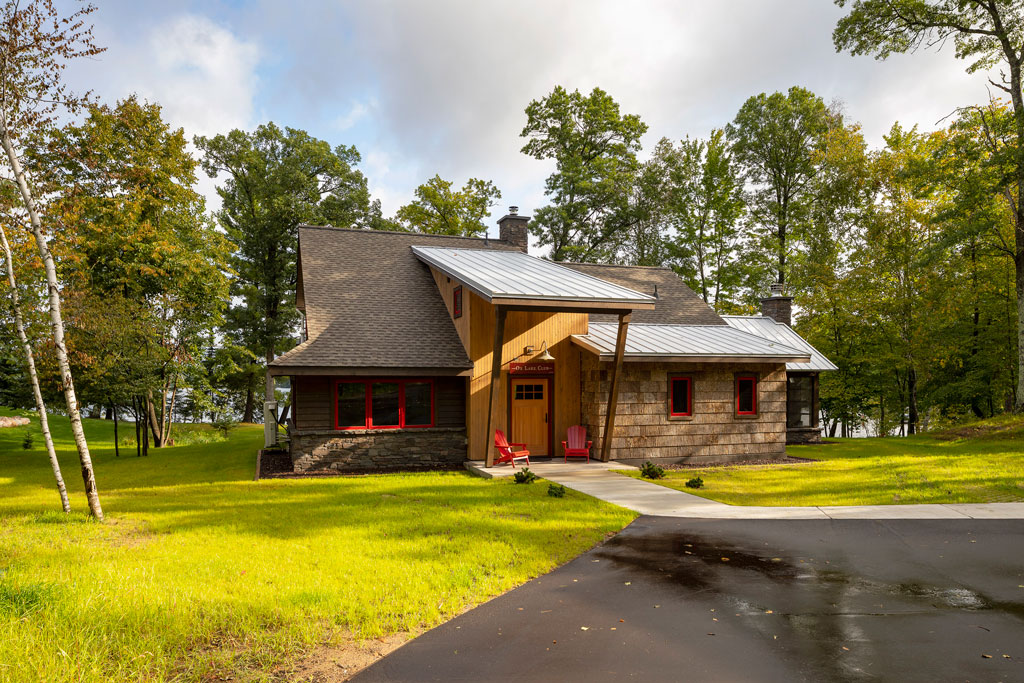 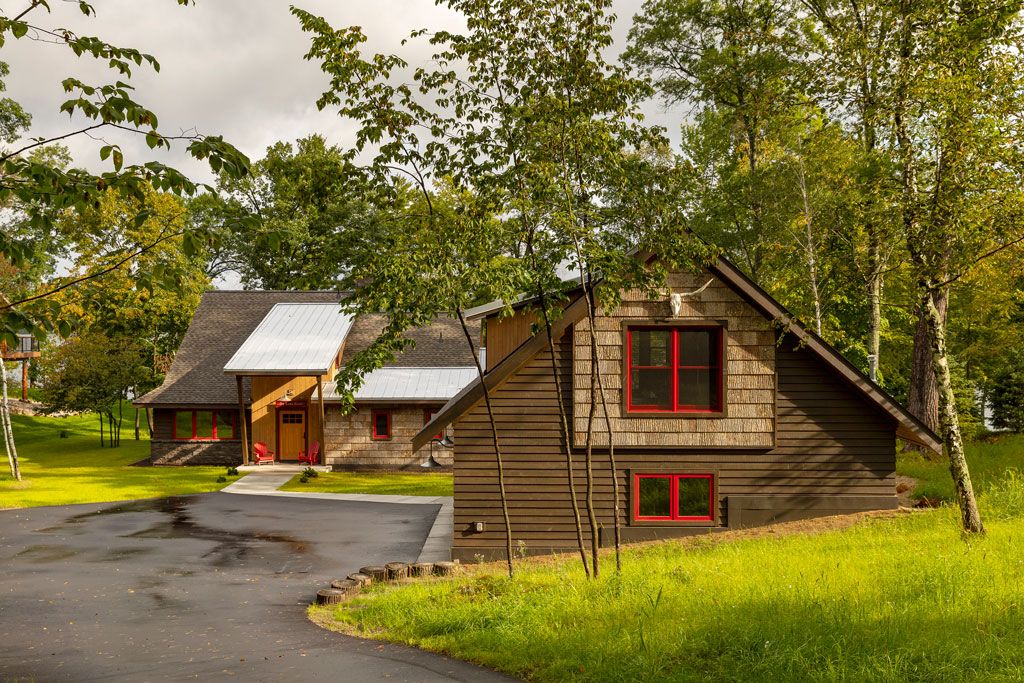 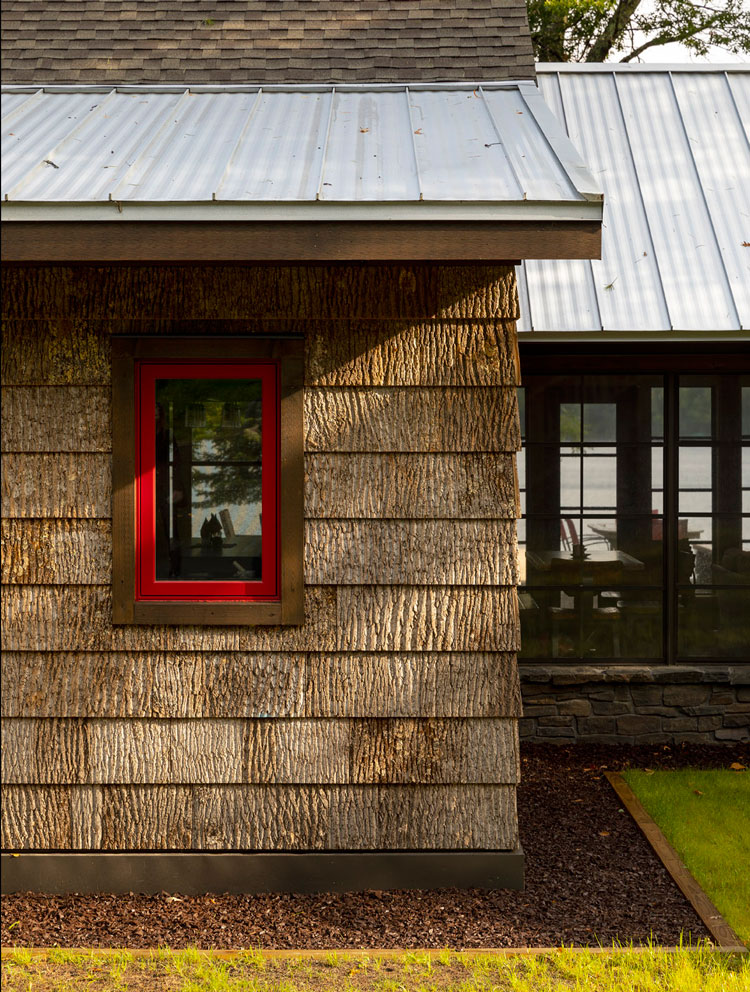 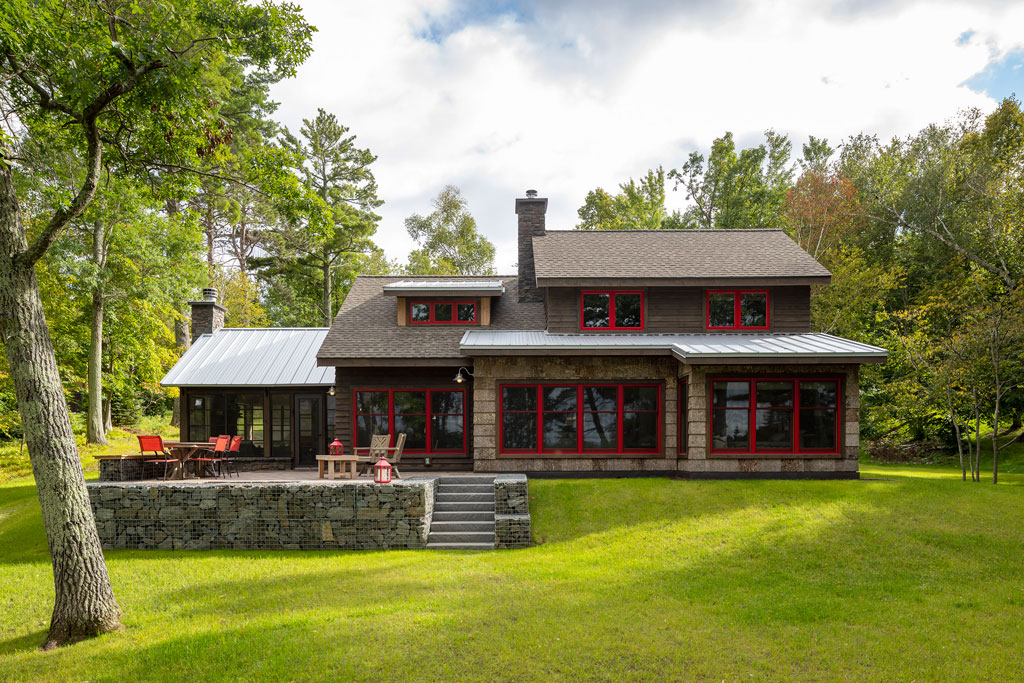 I’ll be happy to bark up a tree for your next cabin getaway, new or redo.