What do you say when a past client invites you to help him realize his vision for a craft beer venture that began as a hobby in the garage? Depends on how good the beer is, right? Well, it’s darn good! So began the initial development of Lupulin Brewing in Big Lake, Minnesota. Jeff Zierdt, my client and friend, and his brewing partner Matt Schiller have both been amateur brewers for the past five years, but after winning numerous awards including a first place blue ribbon for their Belgian Dubbel at the Minnesota State Fair in 2013, the two realized it was time to share it with the public.

They began searching for locations in the west metro, hoping to create a small town destination in a high traffic corridor. Plus, it couldn’t hurt to sell a few growlers to cabin-bound city dwellers. They found energetic support and enthusiasm in the town of Big Lake along Hwy. 10. By reaching out to friends and contacts representing various professions, the enterprising duo managed to craft something else: a team capable of bringing an idea to life — virtually, anyway!

The plan began to take form after an initial visit to the site with the Jeff, Matt, and contractor Stephen Roche of Showcase Renovation. With insight and direction from Matt, Nick Rosenberry, PE, with Harris Companies produced a schematic tap room layout. 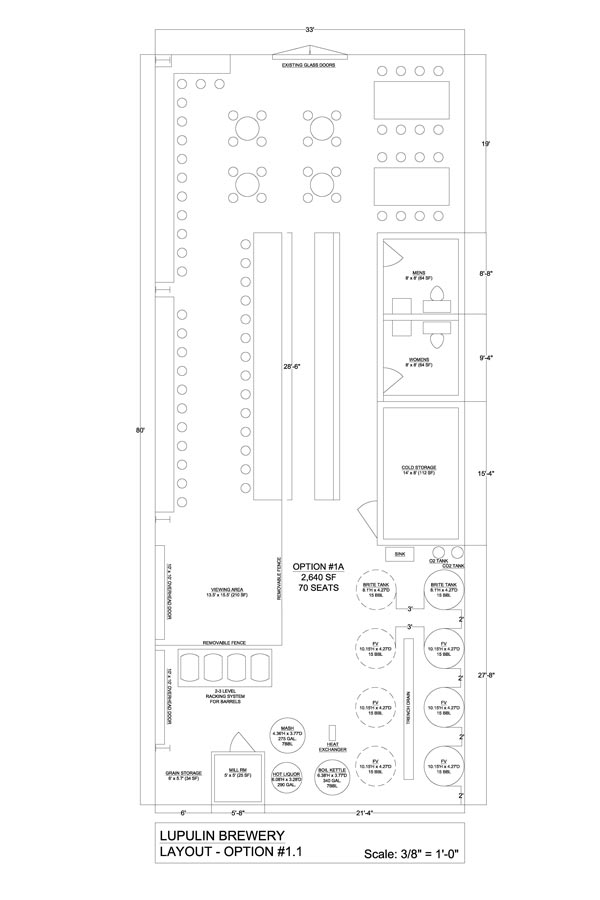 I followed up with a concept sketch of the bar area, intended to be a focal point for social gathering without obscuring the brewing equipment. We took a few material cues from the Zierdts’ nearby house design for them in 2007.

Bringing the vision to life, was long time friend of the Zierdts’, Jeff Pearl, and colleague Samantha Lager, of Pearl Engineering Corporation, who rendered the concept in a Building Information Model (BIM). 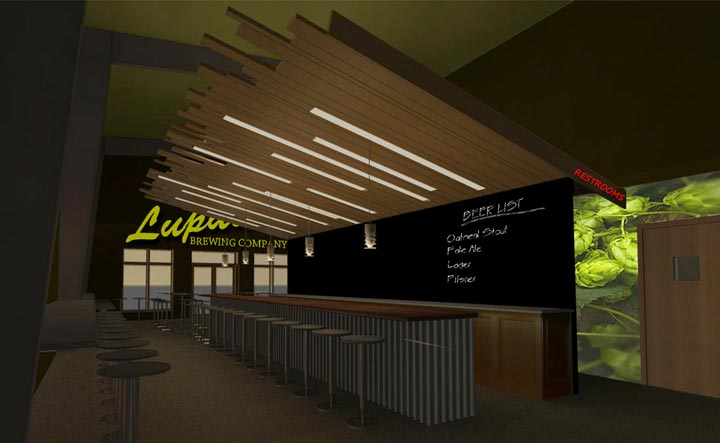 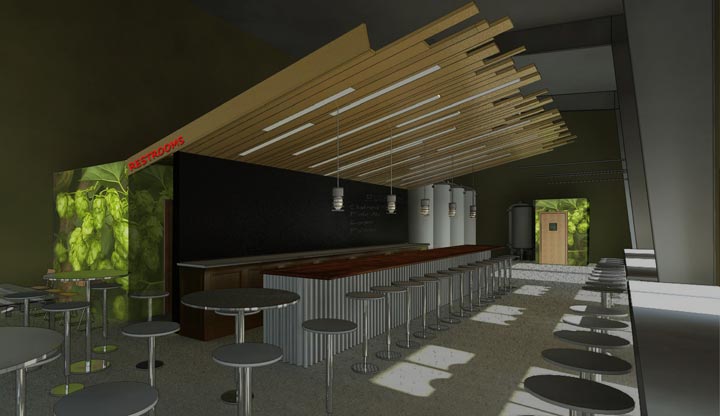 Cheers to a hardworking and motivated team! It was an honor to share in the beer….beginning of such an exciting venture!

Bryan Anderson recently became a principal at SALA Architects and has years of experience in design that you can see on his profile page! For some more of Bryan's sketches coming to life, check out this prior post where he did modifications to his own house. If you're a fan of Pinterest you can also follow Bryan's board on SALA's Pinterest page! Last, but certainly not least, if you'd like more info on this tasty brew on the rise, visit Lupulin Brewing!