Let’s talk ceilings. Somehow, somewhere, the 8-foot ceiling got a bad rap. It is likely the most common ceiling height in the nation, proliferated by post-war production housing sprawling through the suburbs of all 50 states. Perhaps that was its downfall: commonality.

Since the rise of the inner-ring ramblers, ceiling heights have grown, proportionally to overall square footage and expectations, to 9 feet. Then 10. And we’re not talking—nor will we—about the “two-story family room.” No, these have become expectations for standard heights! 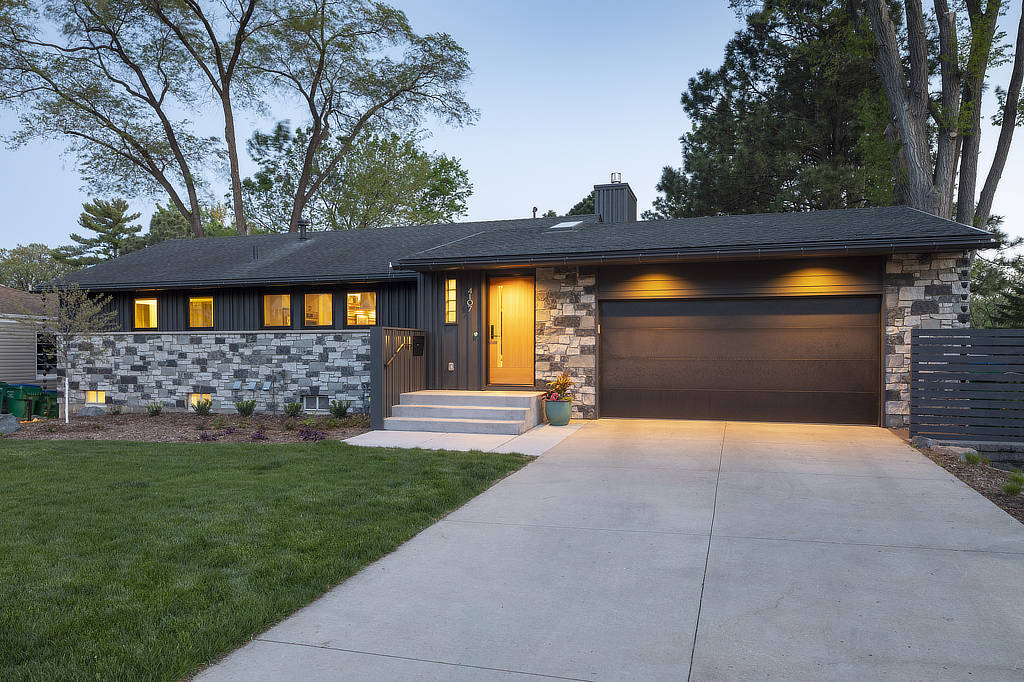 What could be described as “ceiling shame” actually gave me pause when considering my contribution for SALA to this year’s Homes By Architects Tour. With featured homes growing taller, glassier and ubiquitously modern, this 1952 walk-out rambler that kept its original 8-foot lid firmly in place felt downright counterculture. But as I considered other attributes of the home—its locally sourced and reclaimed accent wood, vastly improved thermal envelope, and playful screened porch addition—its progressive features outshined my commonplace doubts. 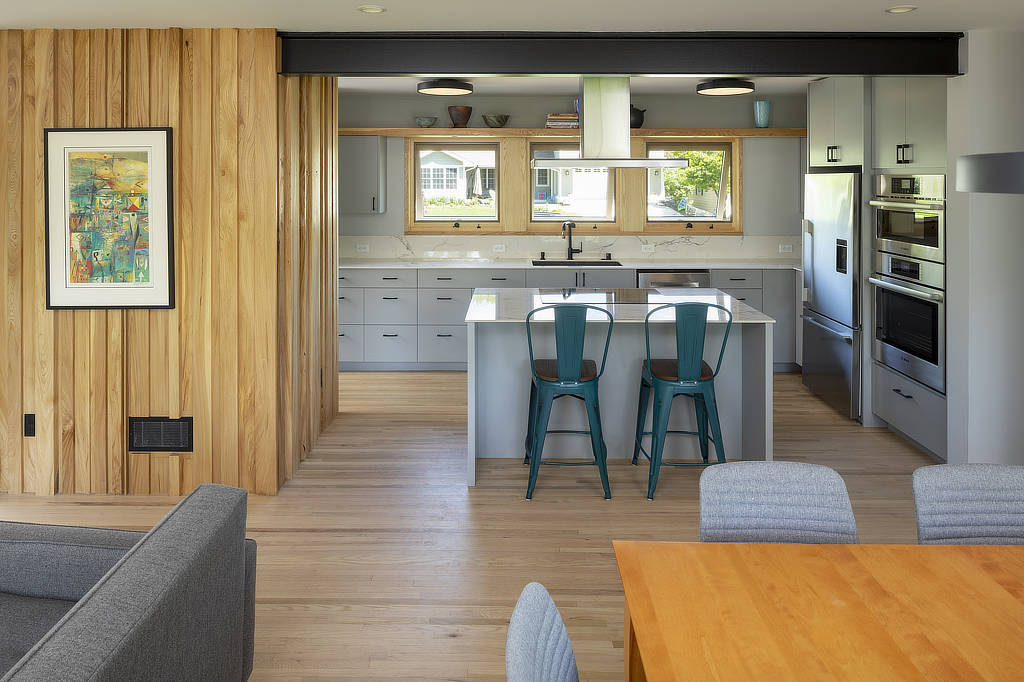 Last weekend, this humble box hosted over 900 visitors during the two-day tour, and not a one of them, at least within ear-shot, mentioned the “low” ceiling heights. In fact, the descriptions most commonly heard by the owners, who were chatting up visitors as graciously as if they were dinner guests, were “calm” and “warm.”

This week, since the tour, I’ve been asking myself what about this home brought visitors a sense of delight rather than of compression. 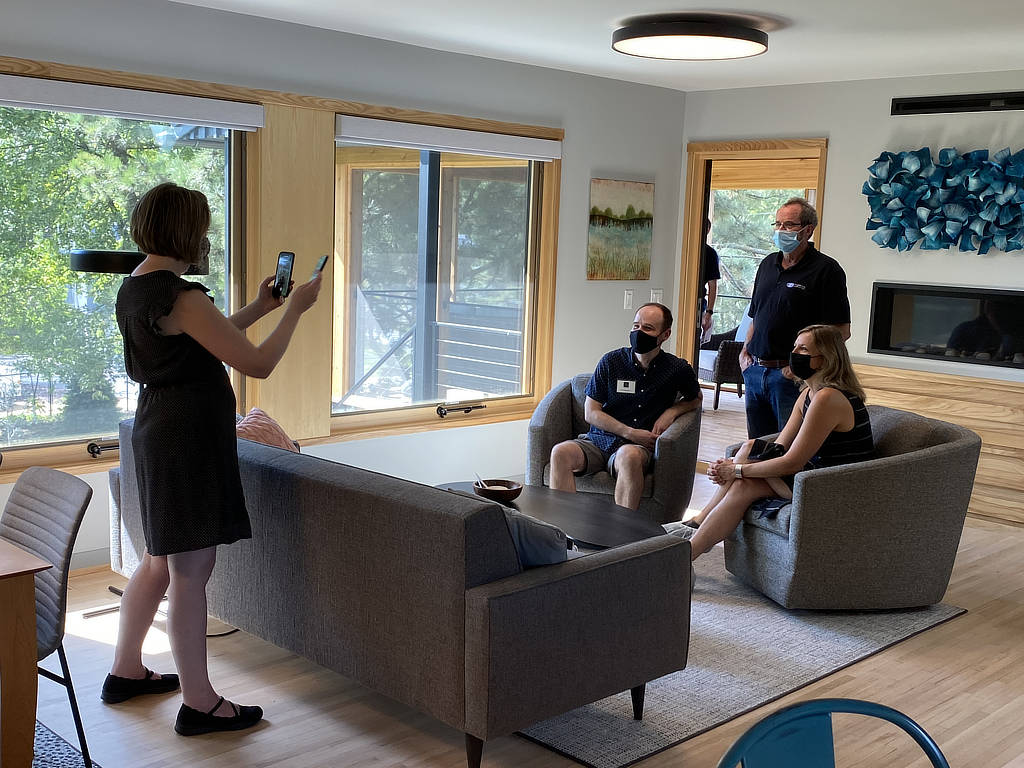 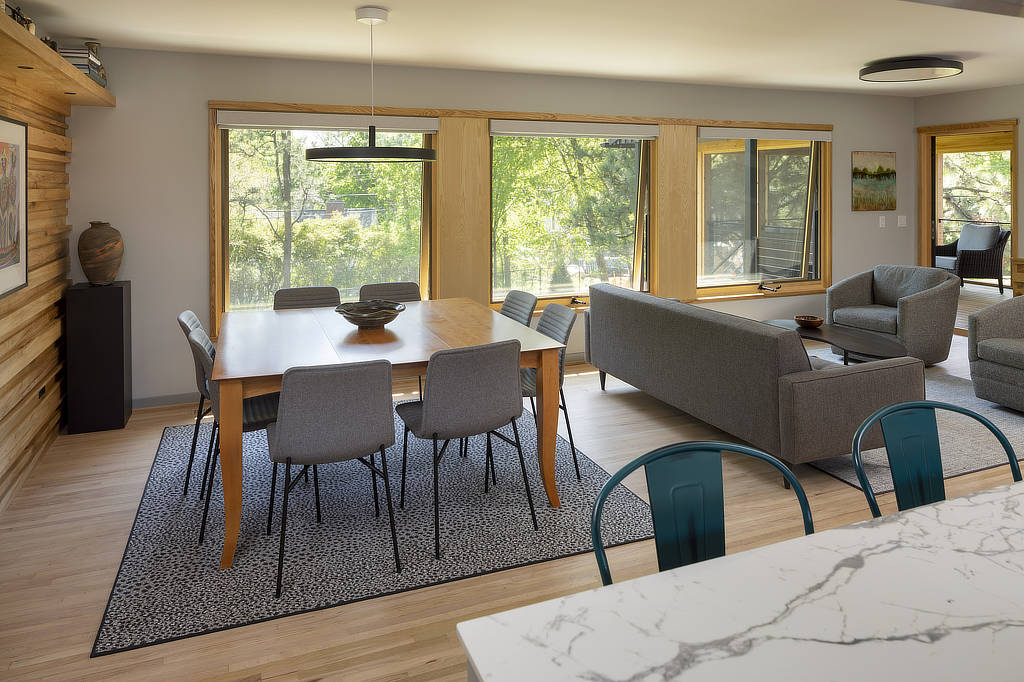 First, there’s the view. Dale Mulfinger, purveyor of the lakeside cabin, commonly uses his arms to visually describe to cabin owners where their view priorities lie, with his forearms held perpendicular above and below his eyes to indicate the horizontal view of the lake. This was certainly the case here, with a south looking view into the wooded distance of a sloped backyard. Rather than trim each of the new, oversized windows looking into the yard as an individual unit, they were trimmed with accent panels between to read as a continuous horizontal “view finder,” roughly 20 feet long by 6 ft tall. By centering the enlarged units vertically in the wall, seated eye-level is directly centered in the glass, making ceiling height irrelevant to view. 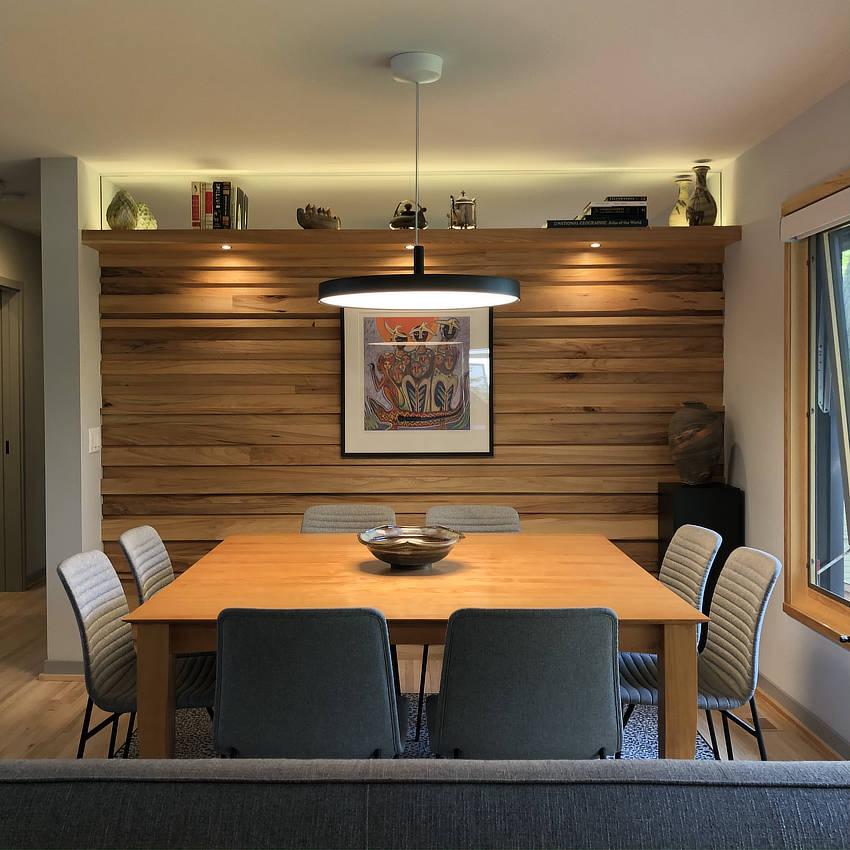 Second is texture. Urban Elm salvaged locally from diseased trees was used throughout the living space to create a warm accent, but its orientation was deployed strategically. The mudroom closet, in the heart of the living area, was discreetly wrapped in randomly sized and spaced wood, oriented vertically to visually increase the height at the center of the living space. In contrast, the same application of wood is oriented horizontally as a backdrop to the dining room and as a half-wall separating the stair, each at opposite ends of the space. This creates a continuous visual motion around the room. 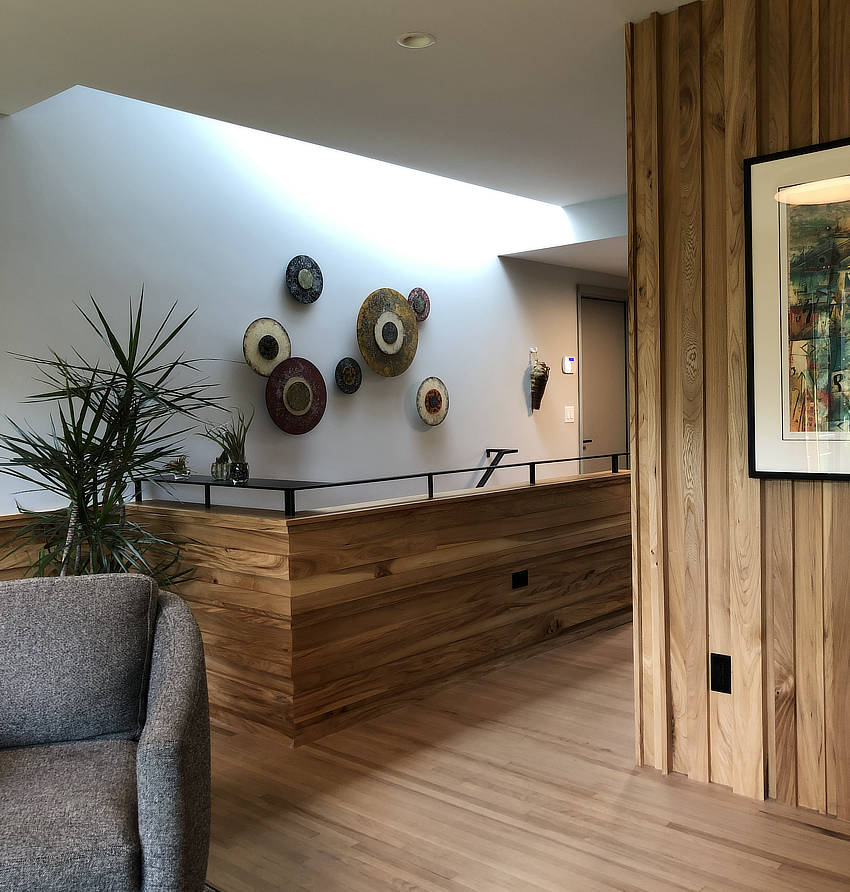 Third is variation. While we didn’t raise any existing ceiling heights, we did introduce moments of relief. Immediately upon entering the front door, the ceiling is dropped. Practically, this hides an existing beam, but arguably of equal importance, it compresses the space, making the shift to eight feet feel expansive. We also cut in a skylight above the stair, creating an ethereal light that is the visual antithesis of “ceiling.” And lastly, in the screen porch—the only new space added in the renovation—we actually did create an asymmetrically vaulted ceiling plane within the new roof form. I suppose one could argue that we raised the ceiling where it was new, but we retained the standard spring line (the height where the slope begins) at eight feet. 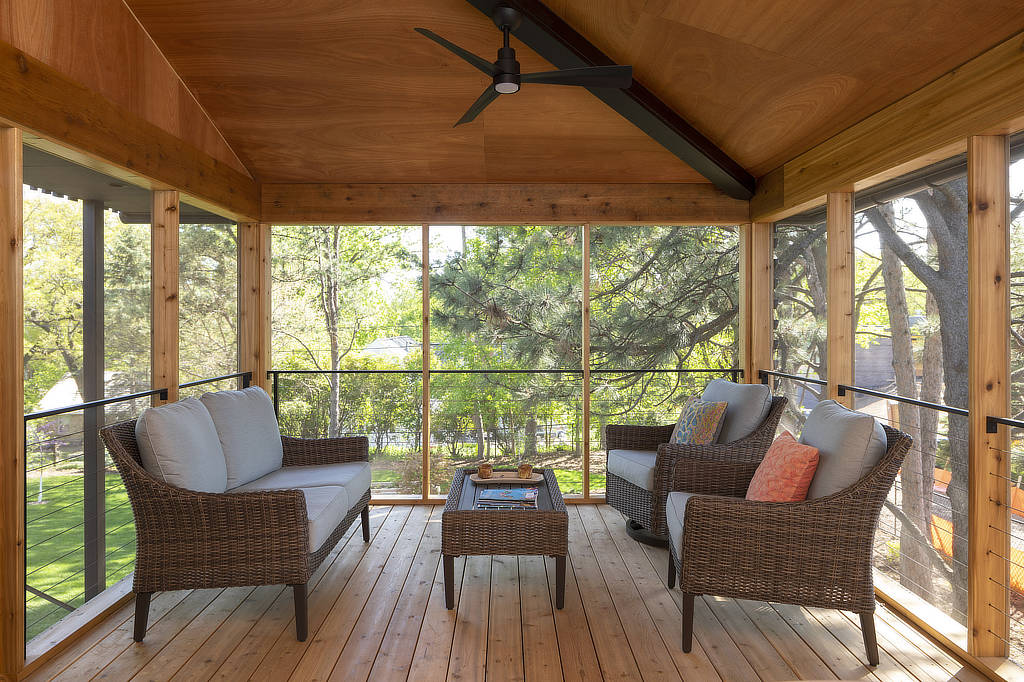 I was exhausted at the end of tour weekend, but I was equally exhilarated by the response to our humble walk-out rambler renovation. We get so many inquiries that begin with the presumption of tearing down an existing house because of a perceived limitation—like an 8-foot ceiling—but opportunities exist in every home. The challenge is to see them. Or better yet? Design beyond them. 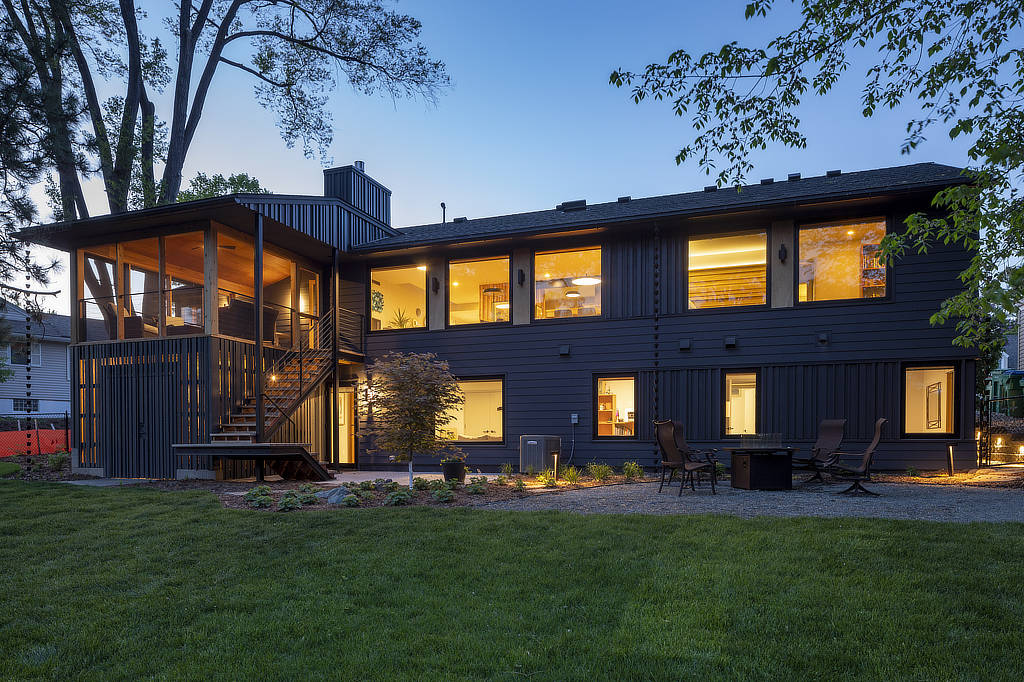