Like many since quarantine began, my world has become a lot smaller. Largely my time has been spent confined to the space of my late-1800s Minneapolis apartment. I have found myself discovering nooks and crannies that maybe haven’t been pondered since there was a Model-T chugging past the bay window.

My apartment has become the place where I do everything now. I find myself thinking a lot about how I shape the space to fit my new lifestyle — moving a desk here, placing a chair there. It might be the designer in me, but I can’t help diving in a little further and questioning how this apartment space shapes me in return.

With all of my free time spent in one apartment, I feel much like Jimmy Stewart in Alfred Hitchcock’s Rear Window. That is to say, minus the broken bones and binoculars. But it got me thinking about how architecture is used in film. How architecture becomes a character. How it pushes the narrative along, shapes a story more than just as a backdrop, and becomes an active character in the story.

Hitchcock might be one of the best purveyors of spatial relationships between actors and their surroundings on the silver screen. Rear Window takes place almost entirely in the New York apartment of photographer Jeff, played by Jimmy Stewart. After breaking his leg, Jeff is confined to a wheelchair and unable to go about his normal daily life. To pass the time, he finds himself looking out his rear window to the courtyard shared by neighboring apartments. This courtyard acts as our stage, and like Jeff, we are audience members to the story unfolding.

We are not allowed to extend past the confines of the courtyard and the surrounding buildings. Our interpretation of what we see as the audience is directly influenced by Hitchcock. He either shields or shows specific views using windows, walls, doors, balconies, and gaps between buildings. Just as we think Jeff is about to figure out the mystery of the missing Mrs. Thorwald, a hallway or brick wall gets in his, and our, way. Instead of using a classic “bad guy” to push the narrative along, Hitchcock uses architecture. This architecturally curated story is used to create a sense of uncertainty and allow the architecture to play an active role in how we see the narrative progress. 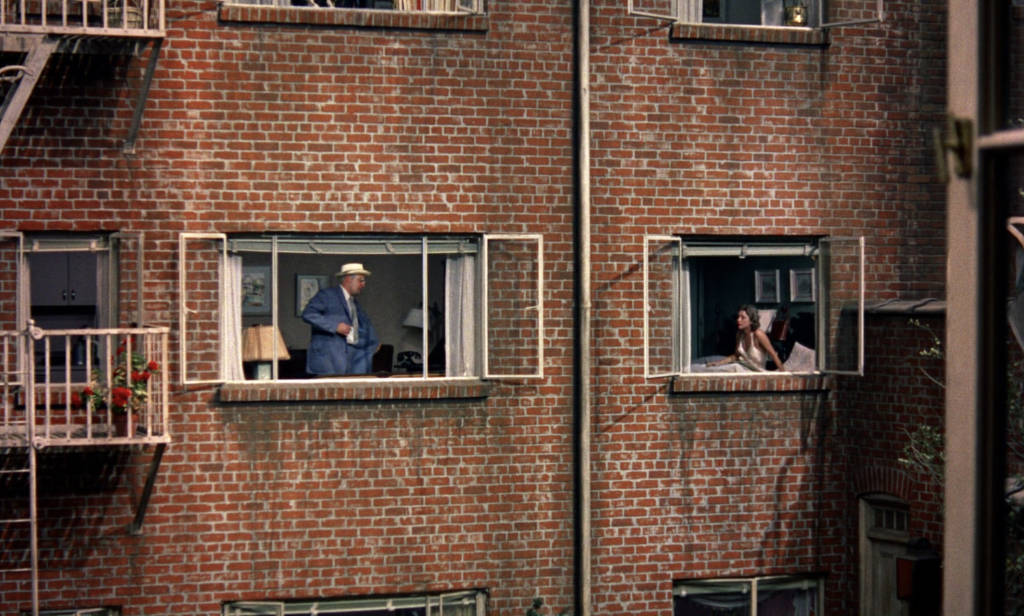 In a similar way, our homes aren’t backgrounds – we engage with them. We change them and they change us. Change our movements, change how we go about our days, change who we are, and what our story is.

Especially because of quarantine, lately our homes have been an active character in our stories. And with the winter months set in, we might just need to embrace the character of our built spaces, let the architecture influence us, and grow our own stories.

Or maybe, it’s time for another movie…