The call came in from San Francisco, a young couple seeking a cabin design on a lake near Park Rapids, Minnesota. I was about to embark for a conference in the Bay Area and I was familiar with the lake, so the project came my way. 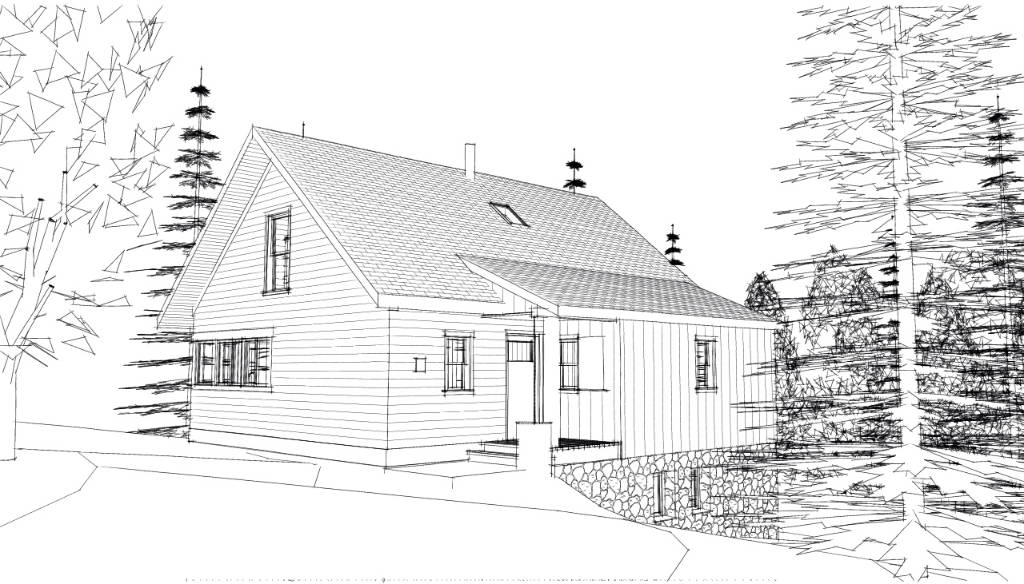 I first met Chris and Megan at “The Mill” on Divisadero, a short walk from my friend’s home in the Castro district of San Francisco. Over a macchiato and sourdough toast I learned of Megan’s goal for returning to her roots in Park Rapids, gathering her family around her. They had purchased property on Big Sand Lake, land subdivided from a defunct resort. 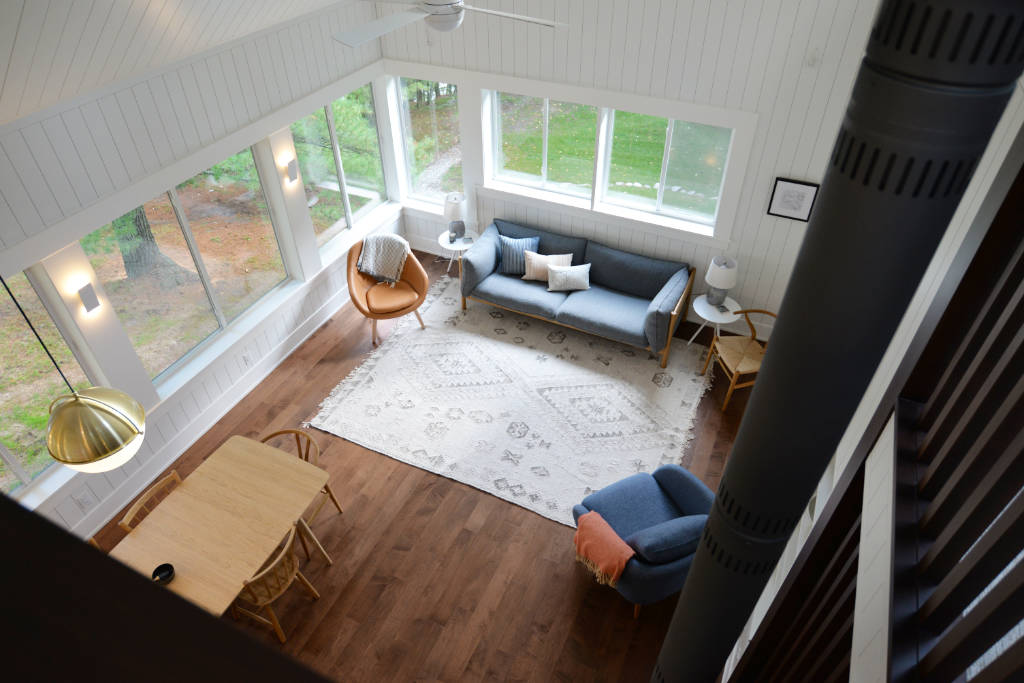 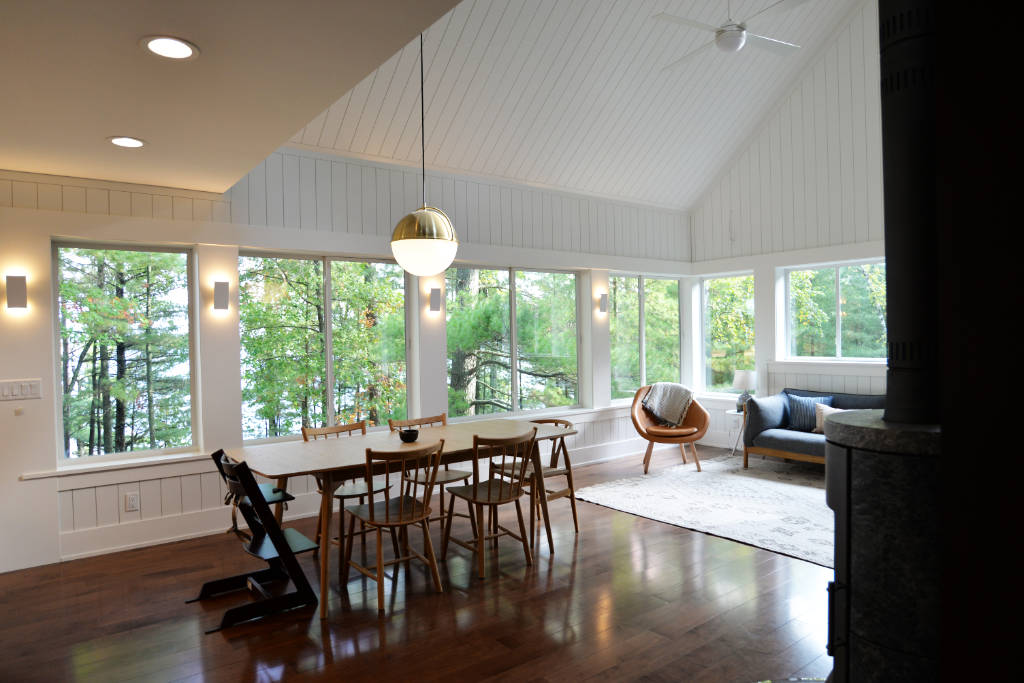 We quickly bonded over their desire to incorporate in the design, many ideas from A PATTERN LANGUAGE by Christopher Alexander. This tomb had played a central roll in our firm’s first home design, and many thereafter. Chris and Megan had identified 71 patterns which might enrich the cabin experience, such as: “staircase as stage”, “bed alcove” and “pools of light”. See also The ”SALA House” Coincidence blog post. 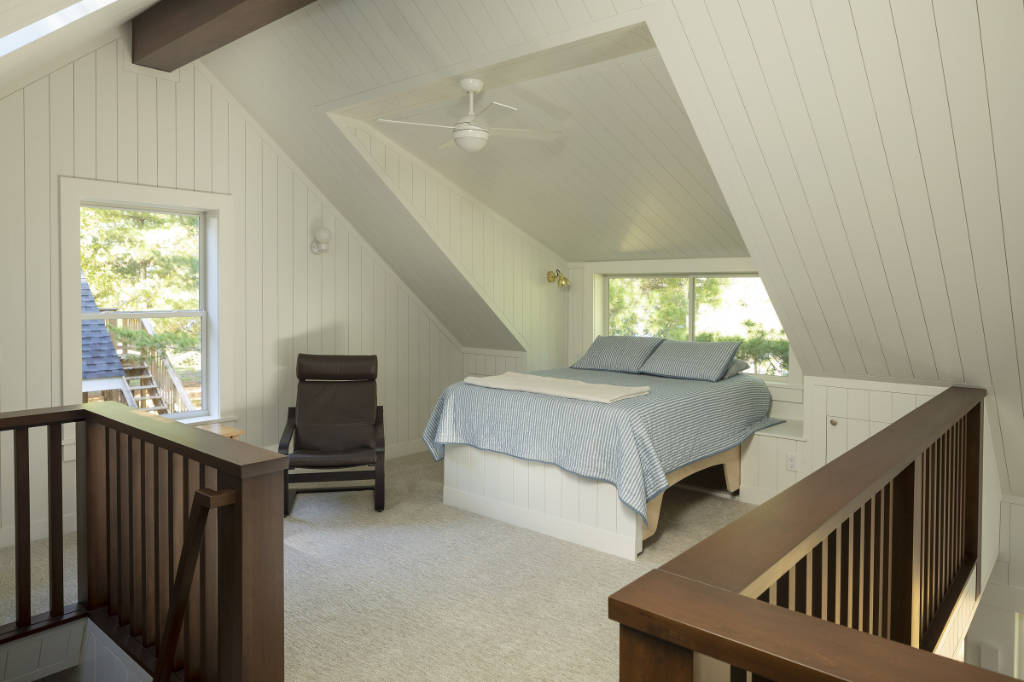 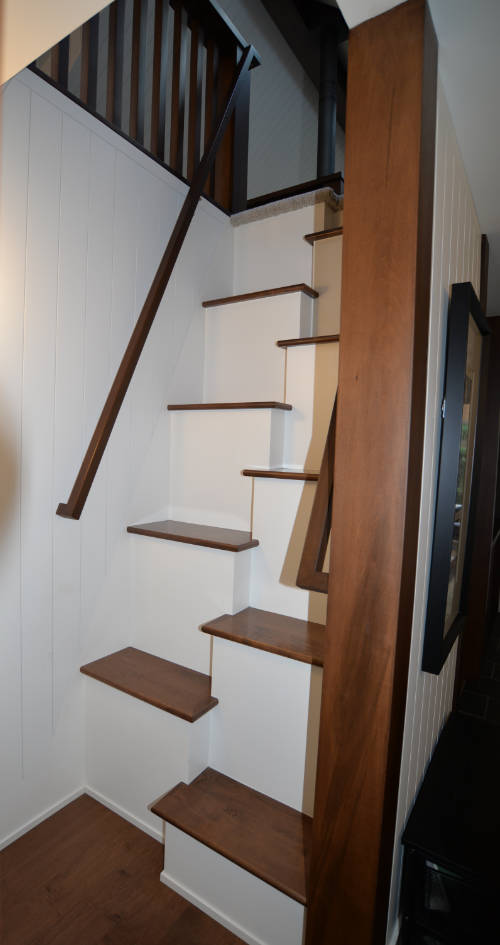 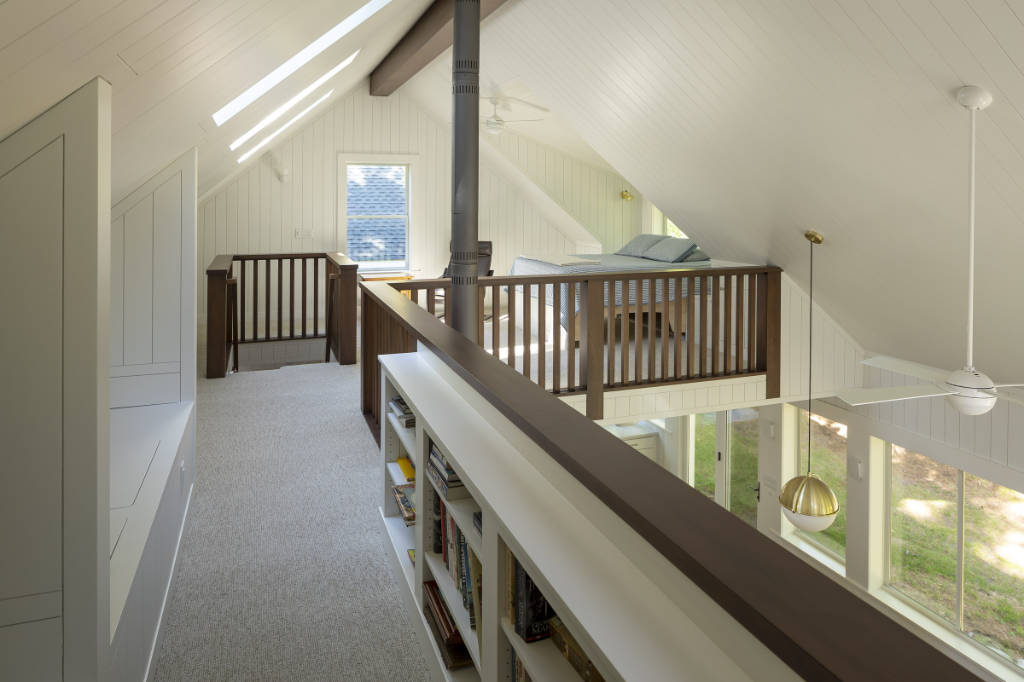 Design began as I often do with two ideas exploring differing arrangements of plan and site orientation. Named, Le Etoile du Nord and Aurora Borealis, they challenged Chris and Megan to better understand how they wanted to live on the land and from what parts of the cabin. Was it important to see the lake to the northwest or forest to the east? 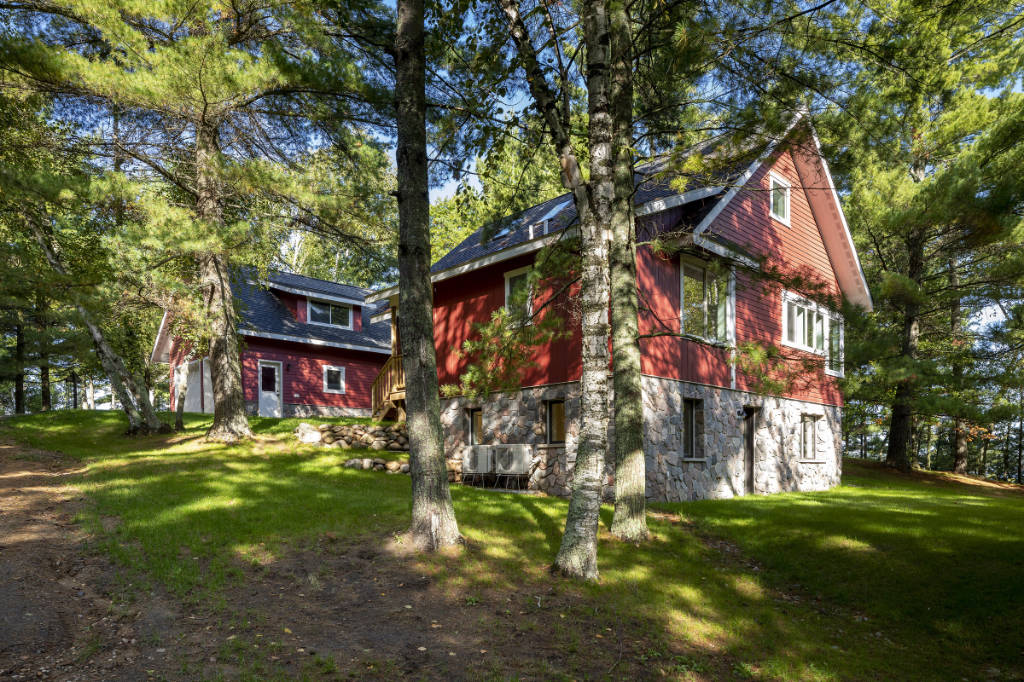 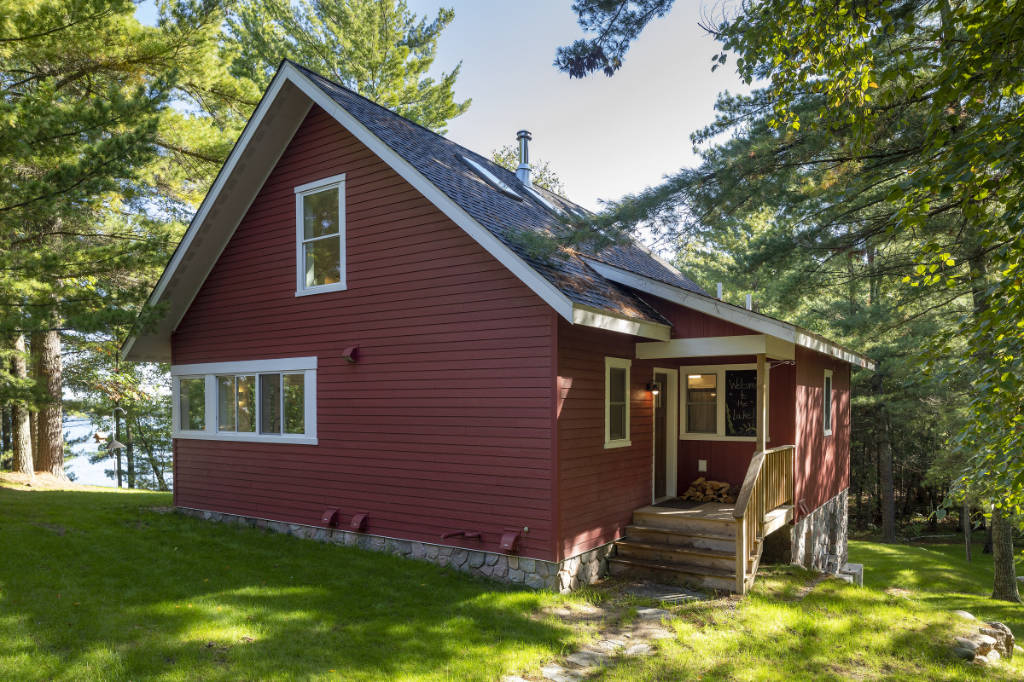 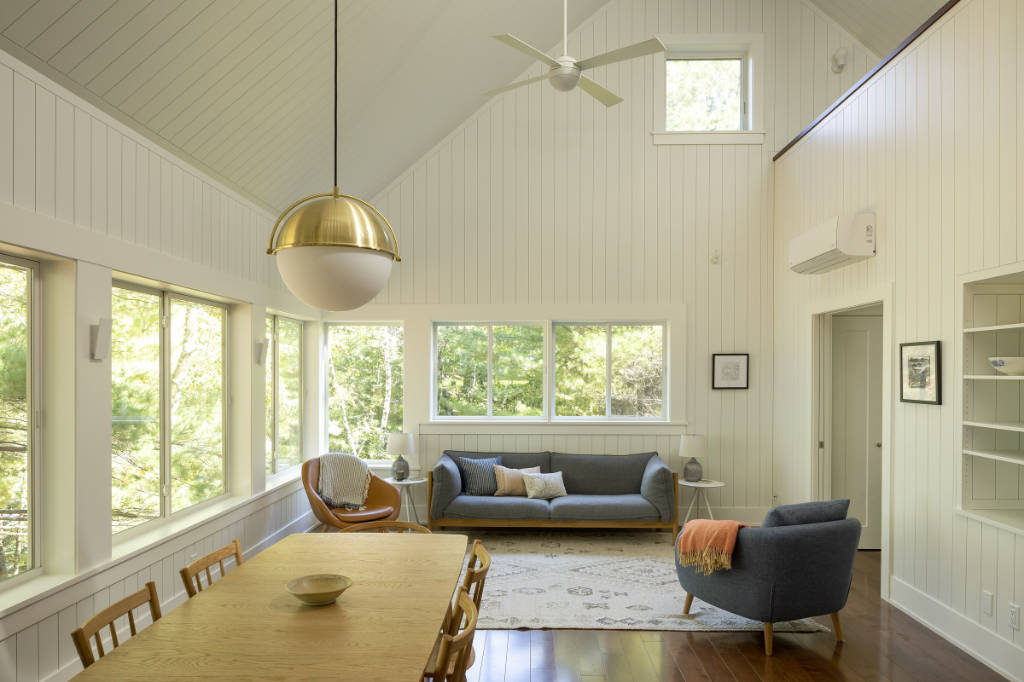 After considerable deliberation an amalgam of ideas from each scheme carried the day and we began exploring in greater specificity the details for construction. The design was now a compact three levels, with four bedrooms and two baths. Megan’s father would be part of the carpentry crew along with a friend. The construction process would not be rushed as Chris and Megan weighed in on the many decisions of products and details. 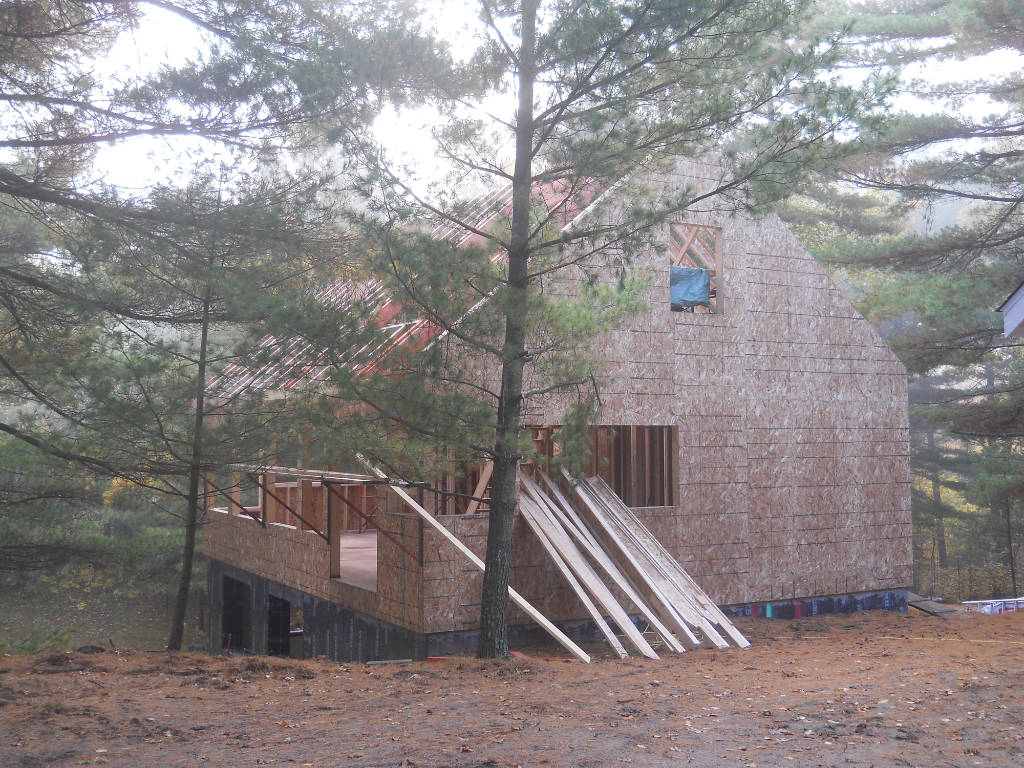 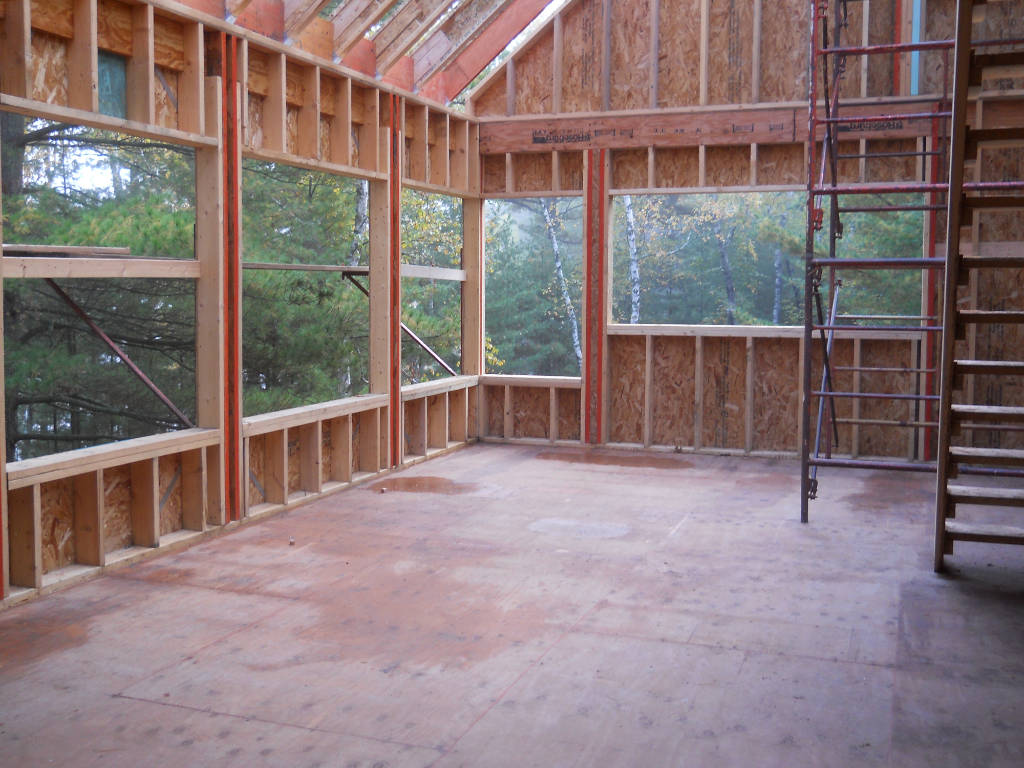 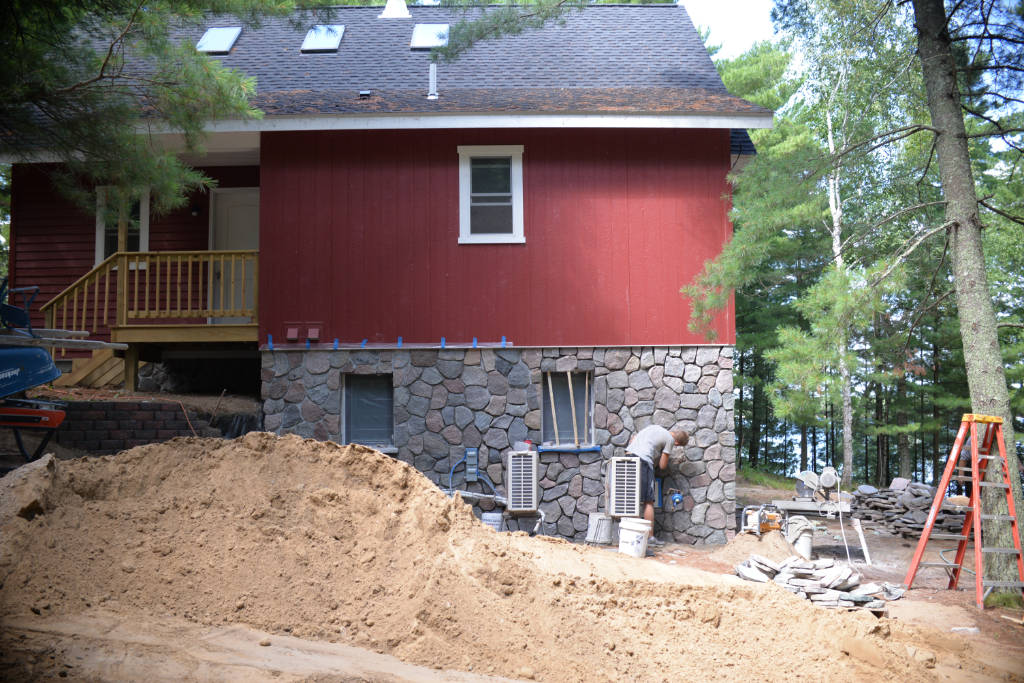 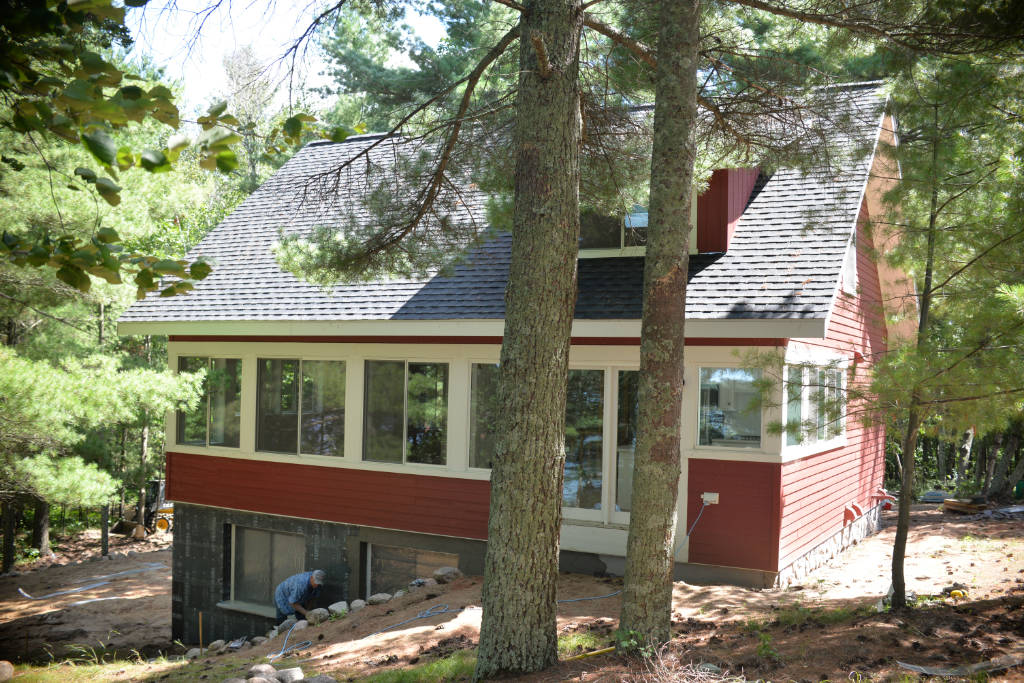 By move in Chris and Megan had relocated to Rochester, Minnesota, and two cherubs were in tow. Now they’ll be experiencing many memorable gatherings at their homeward bound cabin! 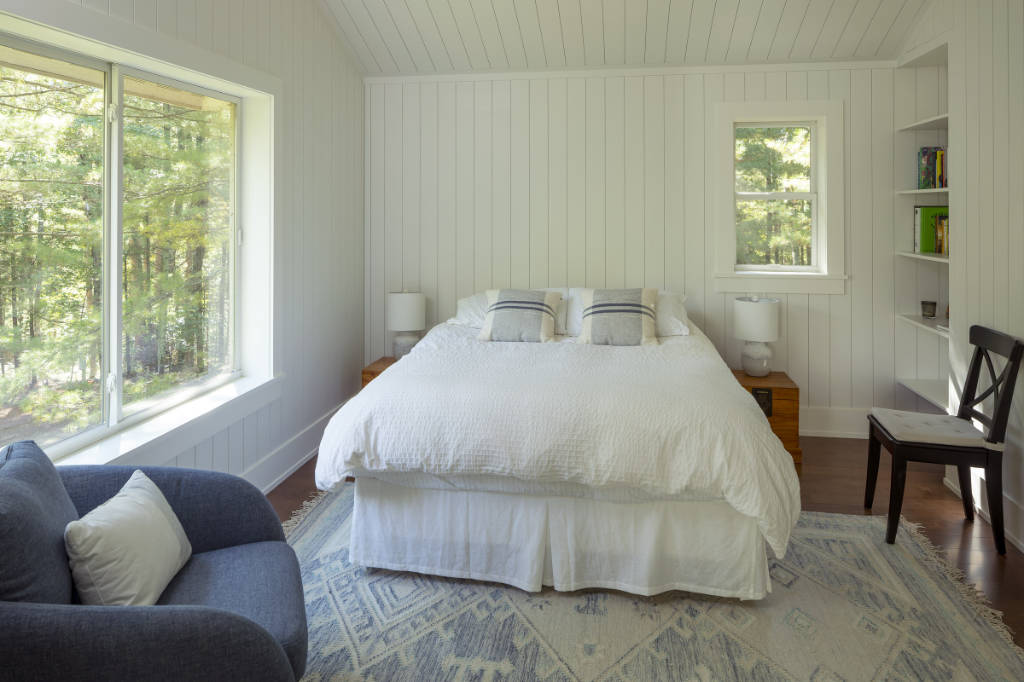 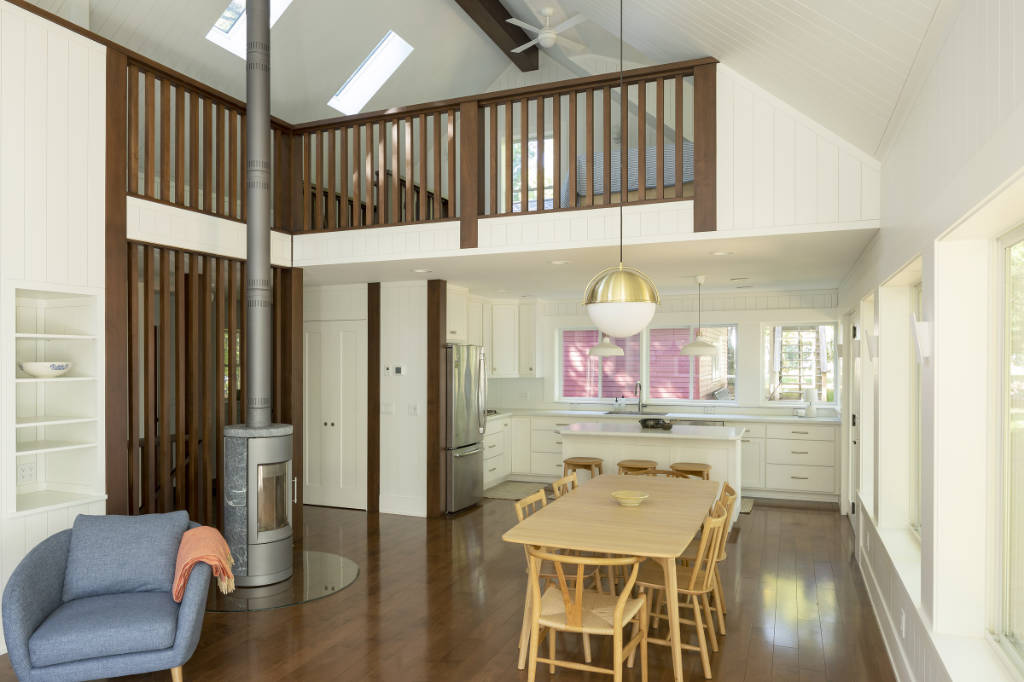 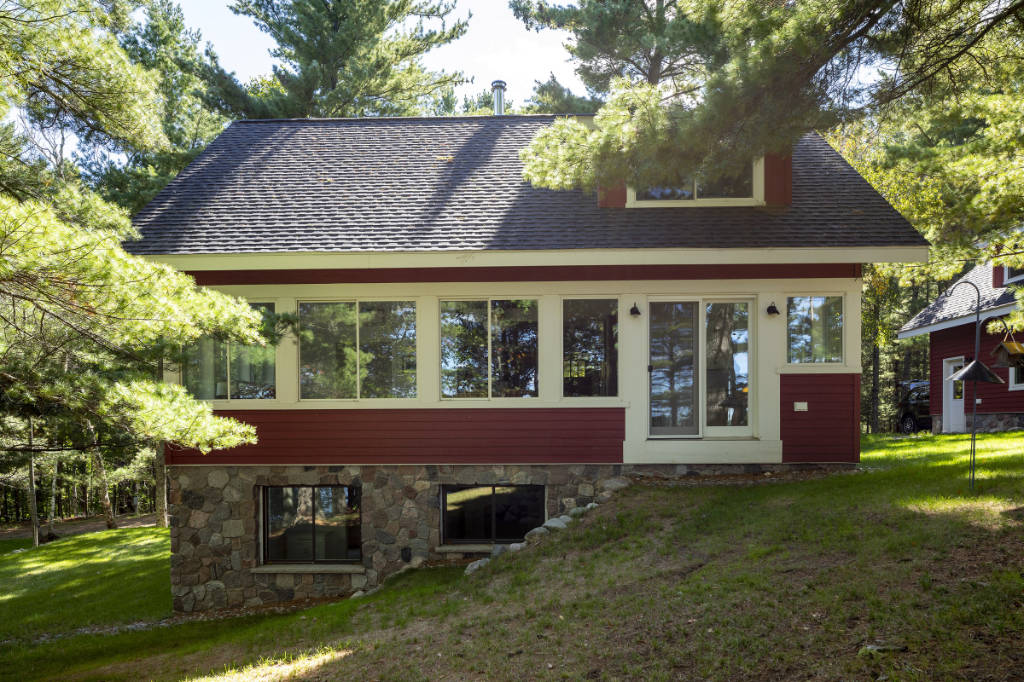